Jack Armer was pleased to mark his return the youth side starting line-up with a victory, as North End’s youngsters defeated Tranmere Rovers 1-0. 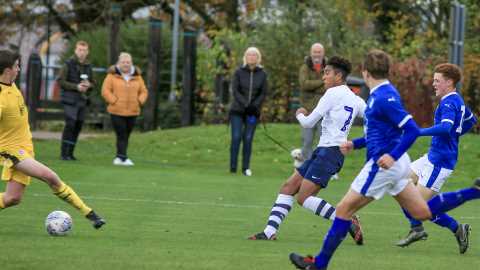 The 17-year-old had started all of the young Lilywhites’ first nine games of the season but after missing a game against Rochdale due to youth international commitments with Scotland, Armer was injured on his initial return to the side against Fleetwood Town last month.

That kept the defender out of the U18s’ last two matches but with 90 minutes under his belt against Tranmere, Armer was happy to boost his match fitness levels and help the team recapture their early season form with a well-earned win.

“There’s been a few of us in and out of the team with internationals and injury,” said Armer, speaking to PNE.Com. “It’s always good to get a win and a clean sheet as a defender and getting the fitness back up to near enough match standard.

“I’m happy to come back and try to get my fitness levels back up because playing full back, there’s a lot of running – probably the most on the pitch at times – so you have to work hard in training and keep yourself as fit as possible.

“It was a bit of a scrappy game at times but we got a goal in the first half and saw the game out professionally towards the end.

“I don’t think they had too many clear cut chances and neither did we to be honest, but we kept the ball better than them and created quite a few half chances, it was just an end product that was needed.” 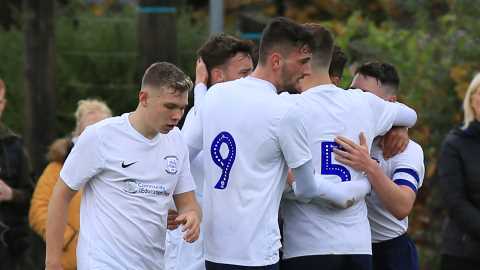 Just as satisfying a feeling for Armer was to keep a clean sheet against the Merseyside outfit, an achievement which was well deserved given the team’s work in the defensive third, according to the defender.

“We limited Tranmere’s chances so I think the whole back four and the goalkeeper is happy with what they’ve done. We kept a clean sheet against Burnley in the cup [Lancashire FA Professional Youth Cup] which was good but we didn’t really get too many before that.

“We deserved to win and we probably could have had scored a few more from our half chances. They had one clear chance near the end but I think that’s all they had near enough all game.

“Everyone hard to work even though we started to tire towards the end and the pitch got a bit heavy, but we made few mistakes and saw the game out well.

“I think once you play with each more and more, you know where each other is before you even look and it’s a lot easier to see the game out once you’ve got in front.

“We have Blackpool coming up next week and the FA Youth Cup after that as well, so it’s important to get a bit of momentum going into those games.”