Preston North End goalkeeper Declan Rudd came back into the side for last weekend’s win at Bristol City and now gives manager Alex Neil a tough decision to make for the next fixture.

The No.1 returned to the starting line-up after a run of games for fellow custodian Chris Maxwell ended after his red card at Ipswich Town.
A clean sheet for the former Norwich City man now gives the PNE gaffer plenty to think about, with Maxi having served his suspension, so when Blackburn Rovers arrive at Deepdale either one of them could be given the gloves.
Speaking to iFollow PNE during the international break, Dec was happy to put the manager in that situation with a good result at Ashton Gate: “I know what I’m capable of and the manager knows what I am capable of,” he said.
“There wasn’t that much pressure on me, because one game doesn’t determine your ability and how you are as a player.

“I did what I could to help the team win and a 1-0 win away from home – they don’t come much better than that. When that whistle goes and you win 1-0 away from home, it is a great feeling – especially having been out of the team for a while. 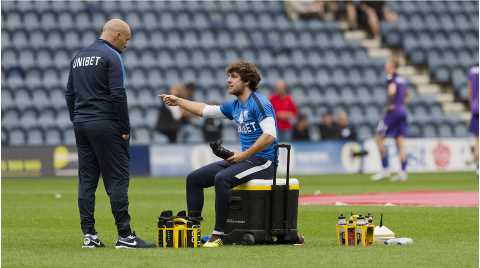 13 November 2018
“It is good to put the decision in the gaffer’s hands and maybe give him a few sleepless nights.
“Since we have had players back we have started to have a consistency in the starting XI and that makes a big difference, because playing next to the same player week in, week out, allows you to build partnerships and know what they are going to do.
“Results haven’t gone our way and performances haven’t been good, but of late we have really started to get back to our old ways and we are starting to put something together.”
The defensive display against the Robins last weekend was one akin to many seen last season and Rudd feels that is something that been developing in recent weeks.
“The ten lads in front of me made it easy,” he continued. “They defended the box really well, they won every ball they competed for, they put in tackles and defended from the front, nicking it high up the pitch.
“It was a nice game to come into and it was one I waiting for to come along and I really enjoyed being back out there.
“I was here with Josh [Brownhill], but he is a lot better at free kicks now than he used to be! It was one of those where I had to wait for it to come over the wall, I didn’t see it until late, but it was nice to get a hand on it and put it over.

“It was a nice easy day for me, because of the way the lads played in front of me. 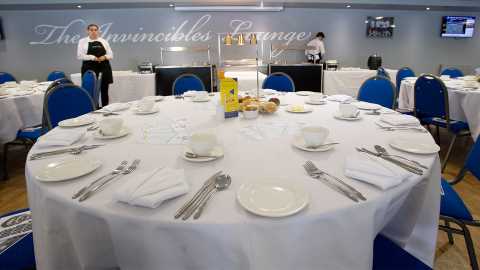 13 November 2018
“It felt like we stepped back into where we know we are as a team. We did the horrible stuff that so far this season we haven’t being doing. We haven’t been making those last-ditch tackles or defending the 18-yard box as well as we did last year. Even pressing from the front, we did that brilliantly, there were so many times we nicked the ball off their centre halves, so it is all coming back and it is good to see.”
The next game is one the fans and the dressing room are looking forward to with equal fervour, with the local derby against Blackburn Rovers taking place next Saturday and the 27-year-old is well aware of what the game means to the supporters and says the feeling is the same amongst the players.

“Every game against a team in a close proximity is always a big one. There will be people in Preston who work Blackburn fans and it is always about who can come away with those bragging rights at the end of the weekend.

“It is a big game and as a player, they are the games you want to be playing in. The atmosphere is always that bit more tasty and there are a few more tackles going in.
“There’s something extra out on the pitch, so they are the games you look forward to and the ones you want to be out on the pitch for and play in.
“The Preston North End fans and people around the city expect us to be up for every game; they are very passionate and they want the players to go out there and give it everything every week, which is personally what I try to do and the others do too.
“Unfortunately, you are not going to be at your best every single game, because everybody has an off game, but as long as you are giving everything, that’s all you can ask for and that’s what the fans understand as well.
“We have gone through this tough period at the start of the season, what everyone has realised is that not one of us is not giving it everything – it is not through a lack of trying – something just wasn’t quite right, but we are seven unbeaten now and that is a good run to go on and we just need to add some more wins into that and hopefully climb up,” he added.