Bristol City head coach Lee Johnson says his side cannot think of PNE as a bogey team ahead of the visit of the Lilywhites to Ashton Gate this coming weekend.

7 November 2018
Speaking at his pre-match press conference for the meeting between his side and the Lilywhites, the second youngest boss in the Championship – just two days older than his PNE counterpart – was keen to put previous encounters with North End in the past and look ahead, but was full of praise for the club.
“Talk about a bogey team, Preston are that!” He told the gathered media. “They are a good side; they are six unbeaten, I really like their midfield - obviously I had Ben Pearson before, who is a very good player.
“They are quick, technically good and it will be a challenge for our midfield, because I think they are up there, depending on whether they play Gallagher, Johnson or Browne, they have one of the best midfields.

“Maybe they will be a bit disappointed with their points return so far, given the quality of their squad, but it shows that if you get your best players fit, as they have had in their last six games, that they have gone six unbeaten with two wins and four draws. 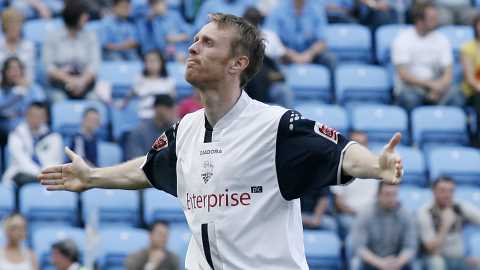 8 November 2018
"As far as I am concerned, this is a new day and a new game, you don't go into the game thinking 'wow, this is our bogey side', you go into the game evaluating the opposition's strengths and weaknesses and doing your best to impose your strengths on their weaknesses and stopping their threats.
“But I do think they have got quality; they recruit well. They recruit British players that are capable of playing in the Championship. They know their market and they have done well. Last season they finished seventh.
“They lost Hugill and any team that loses key players it takes time to adjust and that's why it is a key game. For us to push points between us and them, the good side that they are, will be big.”
The Robins have lost their last two games, but with eight new players in the summer, Johnson believes they are still evolving and should keep their confidence high.
“My message to the players it to keep the faith, keep believing, because a lot of elements to our play have been very good,” he continued. “It is adjustments to last year and an improvement.

“Yes, the dynamic has changed - because the personnel changes - but we have different strengths to last year and we want to evolve. 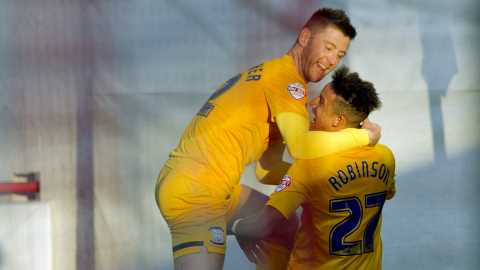 8 November 2018
“We want to be a bit more direct at times and its a catch 22, because we have such quality at the back and you don't want to be asking quality players to potentially give the ball away, but what we do need is to create more box action.
“Last year we did it will long ball action, but our chances have been a lot purer this year and our challenge is to make sure we are a bit clearer in our finishing.”