Back in November 2014 Simon Grayson's Lilywhites headed to Ashton Gate looking to end a run of three straight defeats and they did so with victory over League One leaders Bristol City thanks to Callum Robinson's solitary goal.

7 November 2018
Robinson, on loan with PNE at the time and who has also had a loan with Reds during his career, scored from close range to give Simon Grayson's side the three points.
The Robins had lost to rivals Swindon Town a week previously and could have scored early on, but Aaron Wilbraham shot wide after rounding the North End goalkeeper Thorsten Stuckmann.
But took the lead a little against the run of play when winger Chris Humphrey's deep cross was tapped in by striker Robinson at the back post.
Centre half Aden Flint headed over as Bristol City failed to convert one of their chances as North End held on for a valuable win and closed the gap on the leaders.
The result was only Bristol City's second defeat of the season and their first at home since February, and with fellow promotion chasers Swindon also winning, the Robins' lead at the top of League One was cut to a single point. 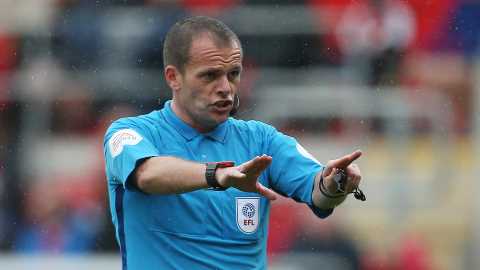 8 November 2018
After the game Bristol City manager Steve Cotterill said: "By a country mile we had enough chances to win that. We had enough chances to win that game, the one last week and the one next week.
"But that's what happens if you don't take your chances. We started the game really well for 15 minutes, I thought our passing was excellent. Then, all of a sudden, we got embroiled in a long ball, second-ball game and they're better at it than us.
"We lost a little bit of concentration for the goal and then it's nip and tuck and a scrappy game from about 20 minutes onwards."
Bristol City line-up: Fielding, Ayling, Flint, Williams, Little (Kane, 70), Smith, Pack (Reid, 85), Freeman (Emmanuel-Thomas, 69), Bryan, Agard, Wilbraham. Subs not used: El-Abd, Wagstaff, Richards, Cunningham.
PNE line-up: Stuckmann, Wiseman, Clarke, Huntington, Buchanan, Kilkenny, Welsh, Gallagher, Humphrey (King, 74), Garner (Davies, 45), Robinson. Subs not used: Jones, Laird, Beckford, Reid, Brownhill.
Attendance: 13,245
Referee: Roger East