Ahead of Tuesday night’s clash with Tony Pulis’ Boro we look back on not one, but two seven-goal thrillers from the 1960’s when the Lilywhites came out on top.

26 November 2018
On 13th January 1962, Middlesbrough arrived in PR1 for their first visit to Deepdale for over eight years, since our 1-0 win in December 1953 in the first division.
John Barton was making only his fourth appearance for the Lilywhites and his first since Boxing Day 1958, when he played in successive home and away defeats to Blackpool on Christmas Day and Boxing Day. In six seasons at Deepdale, John only made 54 appearances as he was unable to displace the consistent Alan Kelly Senior.
Jimmy Milne’s North End had won their previous three games without conceding a goal, whilst Boro were on a run of high-scoring results, having recorded 4-3. 2-3, 2-3 and 4-5 scorelines in their previous four league matches. Even so, they arrived at Deepdale on a high, having just beaten north east rivals Newcastle United 4-3 at St James’ Park on Boxing Day.

Alfie Biggs was in the middle of a terrific first season after joining from Bristol Rovers in the summer and he scored his tenth goal in this game. He had arrived with a reputation for goals, having scored 75 in 229 appearances with his hometown club and he was to end his only full season at Deepdale with 24 goals in 49 appearances. Sadly, he could not settle in Preston and returned to his former club after only 15 months away. He continued where he had left off and ended his career with 240 goals. 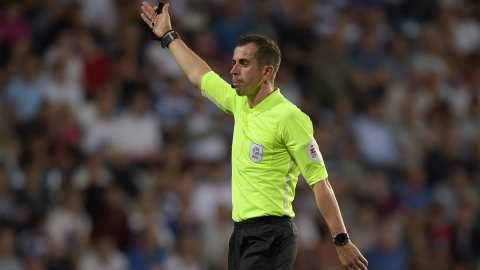 26 November 2018
His strike partner that day was Alex Dawson, who had only recently joined North End from Manchester United, where he had been a Busby Babe. Alex was also showing his value as a goalscorer, his brace giving him eight goals in only 14 appearances to date. It was to be the start of an excellent five and half years in the lilywhite shirt for the Scot, as he found the net 132 times in only 237 games, which included five hat-tricks, 12 penalties and a goal in the 1964 FA Cup Final defeat to West Ham United – the picture above is from this game, featuring the ‘Black Prince’ and Boro’s Gordon Jones.
Dawson’s brace, including one from spot, Biggs’ goal and another from Peter Thompson was enough to see North End overcome Boro 4-3, with two Eddie Holliday goals and another from Alan Peacock the consolations for Bob Dennison’s side in front of just less than 11,000 spectators.
Middlesbrough finished the season 12th, one point and two places behind North End.
Two years later, in September 1964, Middlesbrough arrived at Deepdale to face the losing finalists from the previous season's FA Cup only four months after that momentous game at Wembley.
John Barton was again goals following a broken arm suffered by Alan Kelly North End got off to the worst possible start in this second division game, conceding an eighth minute penalty – put away by Arthur Kaye - before bad turned to worse when Jimmy Irvine increased the visitors lead with two goals in four minutes.

Alex Dawson pulled a goal back three minutes after North End went three down, once again via a penalty.

The second half was all North End and the sides were level by the 57th minute, thanks to two quickfire goals, the first from Welsh international Brian Godfrey before a rare Jim Smith strike made the score 3-3.
Jim only scored 16 goals in over 350 appearances for North End so this was something of a collector's item; indeed, it was the only goal he scored between April 1963 and December 1966. The remarkable turn round was completed by Godfrey when he scored eight minutes from the end to see North End win a game they had looked to be losing by a heavy margin, with almost 16,000 watching on inside Deepdale.
At the end of the season, North End found themselves in 12th place, whilst Boro, now managed by Raich Carter, ended up 17th
These two games are two of quite a few high scoring encounters between the two sides at Deepdale over the years, with our record 6-1 thrashing of Boro beating a rare highlight in a season that ended in our relegation back to the second division in 1948/49.
Only the debit side, we went down 5-0 in 1935 on one of 14 occasions we have lost at home. Nine of the 44 league games here have seen five or more goals scored and there have only been two goalless draws.