Alex Neil felt those who came into the side for the draw against Middlesbrough showcased the quality which runs deep within his Preston North End squad.

Jordan Storey, Brandon Barker and Louis Moult returned to the side amid a growing injury list within the Lilywhites’ ranks but all three were very much a part of a strong showing against the Championship’s third-place side.

The boss was encouraged by those players’ displays, as well as the remaining members of his side, and suggested they were unfortunate not to take all three points for their efforts. 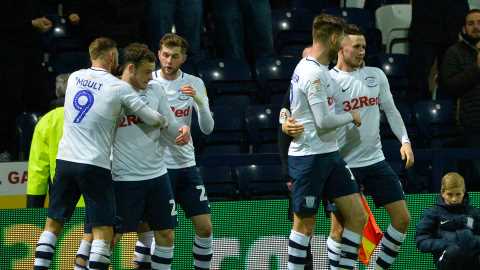 “I think for how well we played, for being in front, for having to match the physical challenge Middlesbrough brought, I thought we performed very well and deserved to win the game,” Alex told iFollow PNE post-match.

“Our only disappointment is that they’ve not had to work really hard to get their equaliser, it’s a mistake from us. Having said that, we still had other chances in the game where we probably could and should have scored more.

“We’ve been really effective going forward, Middlesbrough don’t concede many goals so to have the quality of chances we created tonight against them spoke volumes of how well we’ve attacked in games this season, certainly at home.

“If you said at the start of the week you’d take four points from two games, which are tough matches, you’d have took it. Having said that, having been involved in the two games and how well the lads have done, we’re disappointed to only have four.

“I felt our performance, the lads’ performance, their endeavour and the new lads coming in – Brandon [Barker], Jordan [Storey], Louis [Moult] – I thought everyone to a man really did well tonight and we should have won the game.”

Alex has been impressed with how his squad has been performing but stressed it is important they continue their encouraging form with the gruelling fixture schedule showing no signs of relenting over the next month.

“That’s nine games unbeaten now and not only that, so much has been of the other teams’ suspensions and injuries while we have a horrific injury list at the moment and very little’s been mentioned of it. 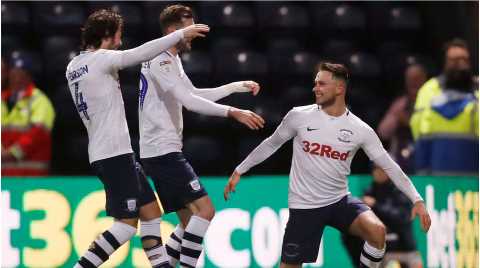 “We More Than Matched Them” Says Alan Browne

“We have six first team players missing, five of which, generally if you look at the line up, start. I think our squad and the lads who are playing deserve an enormous amount of credit in terms of how well they’ve done.

“We said in the summer that we really strengthened the squad and gave us a bit of strength in depth and I think that showed. The lads now, between now and January, are going to have to step up to the plate because we’re stretched to the limit. But as they’ve shown tonight, they’re more than capable.

“We’ve got a fantastic squad of players, I really enjoy going in every day working with them, they’re really eager to learn and as you can see tonight, they’ll leave everything on the pitch – they’re great.”