Manager Alex Neil was down to his last 18 fit senior players for Tuesday night’s excellent display against Middlesbrough.

29 November 2018
Meaning that despite the team’s third game in a week, it will be difficult to make too many adjustments to his side for the trip to face Garry Monk’s Birmingham City.
The only player who will be assessed to see if he can be fit in time is central defender Ben Davies, who missed the clash with Boro due to a hamstring irritation and he will be hopeful of being available for the clash at St Andrews.

Callum Robinson and Sean Maguire (hamstring), Daniel Johnson (thigh) and Billy Bodin and Josh Harrop (knee) are all definitely out. 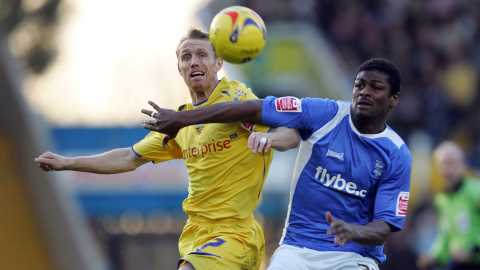 29 November 2018
Young midfielder Jack Baxter was in the squad for the midweek game and may well travel with the team to the midlands.
For our hosts, Gary Gardner returned for their midweek clash at Millwall, having been unable to play against his parent club Aston Villa in the second city derby last weekend.
Forward Jota will be assessed after missing the Villa and Millwall games with a groin problem, but Isaac Vassell (hip) and David Davis (ankle) remain out of Monk’s plans.