Manager Alex Neil must make at least one change to the side that drew with Ipswich Town to extend their unbeaten run to six games last weekend.

7 November 2018
Goalkeeper Chris Maxwell is suspended for one game after his sending-off at Portman Road, meaning Declan Rudd should return between the sticks, whilst Michael Crowe could be included in the matchday squad for the first time since his summer move from last weekend’s opponents.
Andrew Hughes missed the game against the Tractor Boys through injury and he will be assessed before the squad is named for the trip to face Lee Johnson’s men.
There are no other concerns after last weekend, with just the long-term casualties of Billy Bodin and Josh Harrop unavailable through injury, but the likes of Paul Gallagher, Lukas Nmecha and Darnell Fisher will all be pushing for a start.
Last weekend, City boss Johnson gave Liam Walsh his second start of the season, his first in the league, as he made three changes to his starting XI. Jay Dasilva and Matty Taylor joined Walsh in the team, ahead of Lloyd Kelly, Callum O’Dowda and Jamie Paterson, respectively.
Max O’Leary retained his spot in the City goal, despite Niki Mäenpää making his return from injury, being named on the bench. Nathan Baker also returned to the matchday squad, on the bench and could push for a start against the Lilywhites.

Mo Eisa and Hakeeb Adelakun are close to being involved, having had more minutes behind the scenes after injury, but former North End favourite Bailey Wright is a little way off a return to action just yet. 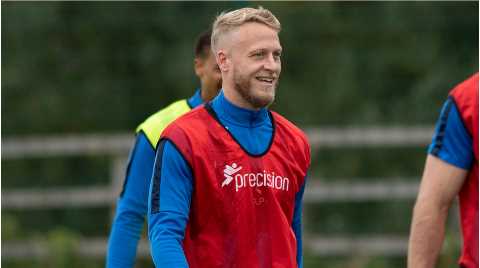 7 November 2018
The Robins captain has returned to training after an extended period out of action following an operation in the summer, but is not expected to make the matchday squad until after the international break.
Speaking at his midweek press conference Johnson updated on all the injuries in his squad, saying: “Jack Hunt got injured in training last Wednesday session [last week]. I think he’s pulled the muscle away from the bone on his seventh rib. What happened on Saturday was that he was alright, but then made a slide tackle against Reading and felt it. We were going for the game so we didn’t need to risk it. We dosed him up with inflammatories and he trained [Wednesday] no problem.
“Callum O’Dowda is ill today [Wednesday] so we’ll have to text him and see how he is. Hakeeb Adelakun is a possibility for Saturday as an impact player; Bailey Wright is ‘no’ and still hasn’t trained with the squad and Frank Fielding is very slowly recovering.”