Blackburn Rovers manager Tony Mowbray says his team should face the challenge of North End head on this week and that his team have nothing to fear after a positive start to life back in the Championship.

21 November 2018
Speaking at his pre-match press conference for Saturday’s Lancashire derby the Rovers gaffer said his team were looking forward to heading to Deepdale and said that his side should be excited at the prospect.
“We are looking forward to the next challenge,” he told the local media. “It's a big challenge. We have a couple of away games coming in succession and any away game in the Championship is always tough, but it is a great challenge for us.

“We have managed to face those challenges head on so far; we have done pretty well on the run this year, so there is nothing to fear. We have to go and be really positive in the next couple of games.

22 November 2018
“The team should be excited. I am asking for more of them from this point on, they should be looking to turn more of the draws into wins and if we can do that then we can only look forward to the second half of the season.”
In a separate interview, with BBC Radio Lancashire’s Andy Bayes, Mowbray said he was looking forward to heading to PR1 and feels it will be a tough test for his side, who have only lost three games so far this season.
“I've been to Deepdale a few times as a manager, but not as Blackburn Rovers manager, so I am looking forward to it,” he told the station. 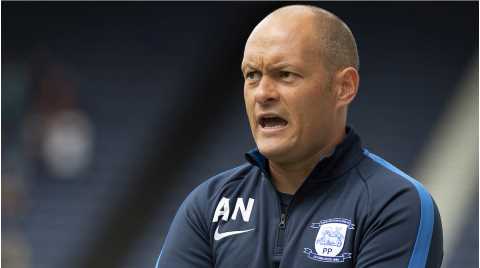 Alex Neil: “It Is A Great Game”

22 November 2018
“That bank behind the goal of Rovers fans, we hope we can make it an enjoyable day for them, but we are against a team who have gone seven unbeaten, who are on a good run of form.
“They have players who are better than their league position suggests and their run of recent results suggests they have found a formula that is working for them now, as they were last season, where practically the whole season they were pretty strong and at the top end of the table, so we know we have a tough test, but one that as always we will face head on and look forward to.”
And the former Middlesbrough and Celtic player feels it will be a competitive game with two hard-working and honest sets of players competing for the points.
“When I analyse other players and when I watch other teams, I see some good players at Preston North End.
“How they struggled so much early season, I am not sure? I don't go and watch their games every week, but I have done over the last ten days and they have some good players; some good individuals.

“If you don't dampen their fires where they are particularly hot, then they will give you a tough day. 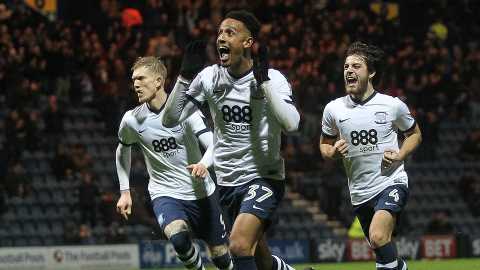 22 November 2018
“So, we need some players to play pretty well and to stop their better players from influencing the game, and vice versa, because I am sure they will recognise if they don't take care and pay particular attention to certain areas of the pitch for us, they can find themselves in trouble as well.
“It will be a good game; a tactical game, with players who are all whole-hearted, very honest, work really hard and one we should all look forward to,” he added.