After earning North End a point deep in stoppage time, forward Louis Moult spoke of an unwavering belief, both from an individual and team point of view.

Moult came off the bench to grab North End what could prove to be a valuable point away at the KCOM Stadium today, and admitted he has never doubted his ability in front of goal.

“I’ve tried really hard to keep a head up when I have been on the bench,” said Moult post-match to the club media channel.

“I’ve had to come off the bench again today but I always believe in my ability. I work hard, and today I’ve managed to get my goal.

“I believe that I am a finisher; put the ball in there and I’ll do my utmost to hit the back of the net and I’ve managed to do that recently.” 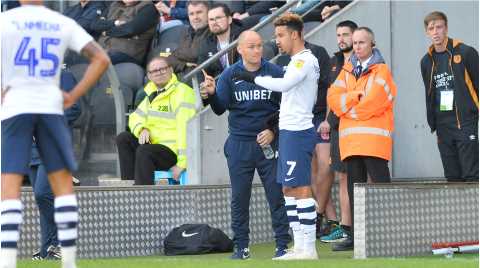 Alex Happy With ‘Resilience’ From His Young Side

Moult feels that belief is spread amongst the North End camp following recent results which mean North End are unbeaten in three heading into two games in close succession at Deepdale.

“Maybe a couple of weeks ago - we may not have got that luck," acknowledged Moult. It’s amazing what a draw and a win can do to confidence. It makes you believe that little bit and I always believe I was going to score. We need to stay positive and believe we can turn things round and we’re doing that.

“On the back of a 4-0 win and a point away from home, we’re looking forward to getting back in front of our fans again.”

Moult made his entrance into the game with 19 minutes remaining for North End’s third and final sub, coming on in place of Lukas Nmecha. 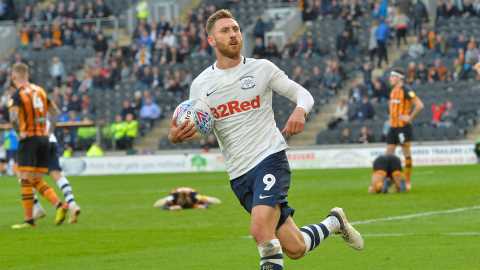 The No. 9 had to witness the Lilywhites ride the storm for periods of the game, with the hosts looking to make their home advantage account - and went ahead five minutes from time through Jarrod Bowen from the spot, before his equaliser late on.

“They started to work their way into the game,” described Moult. "They were unlucky at times; they’ve hit the post a few times but we stay together and we remained positive, and we always believed we were going up the other end to score, even when we went behind.

“A point away from home and the way the game went, for us to score so late on hopefully it raises everybody’s spirits.

“Hopefully the luck is going to start going our way now so long may it continue.”