Preston North End manager Alex Neil is looking to build some momentum into the international break, with the Lilywhites’ last game before that being a local derby.

4 October 2018
Paul Cook brings his Wigan Athletic to Deepdale, with the Latics having started the season well, following gaining promotion back to the Championship last season and North End’s boss knows what to expect from them.
Speaking to iFollow PNE to preview the match, the manager praised his next opponents, but was keen to stress what was needed from his own men to get a positive result from the fixture: “Having the momentum from promotion is always a great platform going into this league,” he said.
“They have been on a crest of a wave, they have added a few new players as well, which has made them stronger, and they are a good, competitive side. They are a hard to break down, hard to beat and have got a lot of quality in crucial areas.

“Their front four are dangerous and they have guys behind who will win the ball; go and head it and kick it and make sure that they defend the box.

4 October 2018
“Jacobs has always been good for them, he will tuck in down the left-hand side, onto his right foot and Josh Windass – who is a player who has been discussed here before – operates off the right-hand side and he has a lot of good traits.
“Joe [Garner] we know really well, who leads the line well, and then Nick Powell has got real quality in that No.10 position, so we know what is coming our way.
“We need to make sure that we perform as well as we can. We have been scoring plenty of goals recently, we have to be equally as strong and solid at the back and win our battles. It is going to be a tough game.
“They will be very competitive; they will come with a real belief they can get a result and we have to make sure that we are focused and determined in this last game before the international break that we get a good positive result and hopefully that will give us a more comfortable week and a half to go and work on the next batch of games, which are going to be vitally important for us.”
Scoring goals has not been a problem for North End so far this season, in fact Middlesbrough, sat in second, have only scored the same number as the Lilywhites, and the gaffer feels that concentration is the key if his side get on the scoresheet.
“A real frustration so far is that when we have scored, the opposition have also scored within five minutes for the majority of them,” he continued. “So that is something in terms of focus and concentration, that we make sure when we do score, that we take the emotion we have felt in terms of the joy, put it on one side and do our job – that is going to be crucial for us in this game.

“We probably care too much; and what I mean by that is that when we do score, we are so jubilant, when we do get back to start again, the adrenaline is pumping and we don’t have a cool, calm head and that comes with experience, deciding to turn the ball for the next five minutes and see out that time to get another foothold back in the game. 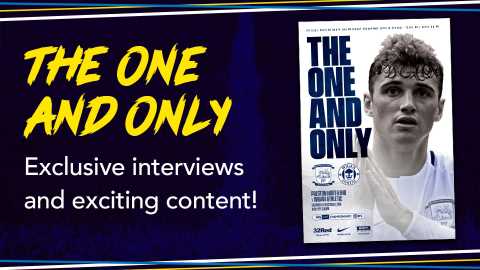 4 October 2018
“What we have done when we get a goal is think ‘we need to go and get another’ and then over commit ourselves and that leaves us a little bit more vulnerable.”
Here were plenty of performances against the Villans on Tuesday that have given the manager food for thought when it comes to team selection against Wigan.
One player that caught the eye was on loan Manchester City frontman Lukas Nmecha and the PNE boss admitted he had challenged his summer recruit to show what he was capable of and was pleased with the outcome.
“Brandon [Barker] will hopefully be back. It is disappointing he wasn’t available the other night, because he has been in decent form. DJ’s second half performance will need to be taken into account, whilst I thought Lukas Nmecha had his best game for us on Tuesday night, which is really pleasing. There are lots of positives to take and hopefully we can take them into Saturday. 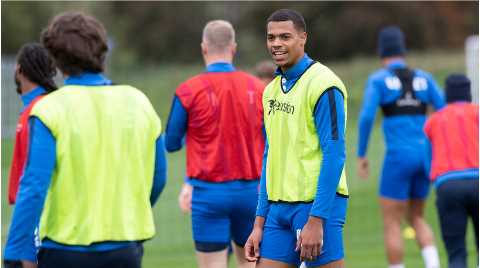 Lukas Nmecha Looking For Those W’s

4 October 2018
“We have managed Lukas carefully so far. He probably thought he would come in and rip up the Championship, but that is never going to be the case.

"We told him he needed to show us what he was capable of and when you do that, any competitive animal is going to have the desire to go and prove a point and I thought the other night he looked like he had a point to prove. I also think he did prove a point and that was that he was the right signing for us and he is more than capable of damaging teams in this league.

“What he has to do, is to continue to play with that edge. He is a young lad, there is a lot of pressure leading the line as a 19-year-old, but I think he showed the other day, at a really difficult game, that he is up to the job.
“He is a really passionate kid and he wants to do well. Like a lot of our younger players, I think he’ll improve over the course of the season. As they all get more experience and make good decisions and start to do it regularly, they will continue to improve,” he added.
As well as watching the full interview with the manager, as he also reflects on Tuesday night’s ‘crazy’ clash at Villa Park, you can watch an interview with the man he discusses above – Lukas Nmecha – on iFollow PNE now. All video interviews are available free of the need to subscribe, just click on the video link at the top of the story to watch.