The appointment of a new manager at a club can often throw the opposition’s plans up in the air, but manager Alex Neil says he does not expect to deal with anything new from Brentford.

23 October 2018
With Thomas Frank appointed into the hot seat at Griffin Park, a man who was already part of the Bees’ brains trust, means that their ethos and style is unlikely to alter much as they head north to PR1.
Speaking to iFollow PNE ahead of the clash with Frank’s new charges, the North End boss said he expects a tough test of his resurgent squad: “I think he [Thomas Frank] will be familiar with the players,” said Alex. “He will have had a big input into how they play and their style of play, so I would imagine Thomas coming in will not trouble them at all, it will be a smooth transition.
“They are very similar to what we have always expected from them. They are next to us in terms of the youth of their squad; they are very similar to us in that sense. What they have got is good technical players, but they are dynamic with it as well.

“They will be high-energy, they like to make a lot of passes in the game and they have got good players who can hurt you. On their day they are very good side, so we will need to be at our best.”

23 October 2018
The Bees lost their first game under Frank’s managership at the weekend, but were hindered by losing Chris Mepham to two yellow cards inside the first 40 minutes, and North End’s own gaffer says their attitude to the game would now have changed, despite having only ten men for almost an hour.
“They wouldn’t have sat behind the ball [with ten men], they would have gone and tried to force the issue and still try to win the game and that’s what always makes it interesting against them,” he continued.
“They are always on the front foot, always trying to score and trying to get at you. I watched them against Leeds earlier this season and they were excellent, deserved to win, but conceded a late goal which denied them that.
“It is going to be a tough match and the new manager will be looking for the first win under his belt as quickly as possible. Last year when we played them we had two tough games, but we applied ourselves well in both.”
In terms of his own options, having been forced to make four changes for weekend’s trip to Hull, he is hoping all four of Pearson, Clarke, Barkhuizen and Robinson will be fully fit and ready for a Wednesday night under the lights at Deepdale.

“It would be nice to have a few problems, I don’t think we have had that too often this season in terms of people being available at the same time. 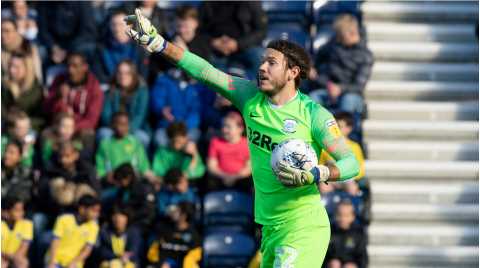 22 October 2018
“We had to deal with a few things on Saturday, which we dealt with, we managed to get a point out of the game and hopefully now we can get a few of our bodies back and that makes us stronger.
“We are three unbeaten and that adds to the confidence and resilience. We know we need to pick up more points.
“The Championship is a tough, hard season and we have got a batch of games now where we need to try and force the issue and hopefully we have a lot of our players back fit and everybody is fighting for places and if that is the case it will certainly help us,” he added.

You can watch the full interview with the manager above, or head to iFollow PNE to hear the pre-match thoughts of goalkeeper Chris Maxwell and defender Jordan Storey.