Preston North End defender Paul Huntington is one of a few in the squad who has memories of some of the difficult League One battles with Saturday’s opponents Rotherham United.

25 October 2018
Hunts was part of the squad that faced the Millers in the Play-Off semi-finals and then again once promotion to the Championship had been achieved and he is looking forward to locking horns with them once again.
“There is a little bit of history there,” he told iFollow PNE. “We had some good games with them. They went up the year before we did and stayed up and then when we did come up, they went down.
“It will be a tough ask. They had a good result in midweek. I know they are a hard-working team and we will prepare right for the game, looking to get another three points at home, trying to build on the good form we have had of late.
“We have areas we can improve upon for the game. If you are playing against a really good footballing team you expect to be exposed at times and Brentford are top of the league in terms of chances created, so you expected to be a little bit open at times, but it was more us switching off at times that was a little bit disappointing.

“We need to make sure we are focused on Saturday and ready to deal with their strengths and impose our game upon them. Going forward at the moment we are handful for anybody at the moment. 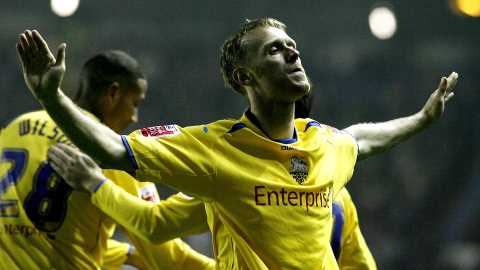 25 October 2018
“We are under no illusions, it will be a tough game. They have had some good results this season and they are a hard-working team, quite direct, but we will look forward to it and try and win it.”
This season’s Championship is one where teams, so far, seem to have a very forward-thinking attitude to their approach, with not many looking to sit back and dig in and the PNE No.23 says this is certainly a change from the past.
“There have not been many games where we have not been it, apart from maybe the Leeds game, but goals have changed games,” he continued.
“Whether we have missed chances or we have been punished – which we seem to have been more so for little errors this year, that perhaps in the past we haven’t – there are things to work on and we will be looking to continue with this good run we are on.

“Confidence should be improving with each and every game at the moment. The league is very tight and it is fine margins that win games.” 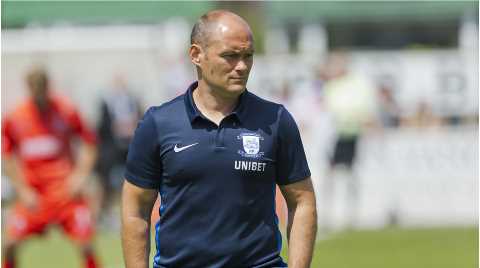 25 October 2018
And the man with over 200 lilywhite appearances under his belt is well aware that with the current attacking threats in the squad, that is the team can also keep things tight at the back, then there are excellent opportunities to win more games.
“We know we have let in too many goals this year; that is collectively, not individually, it is about the team – we win together and when things aren’t going so well, we have to stick together.
“We can’t pat ourselves on the back too much, we have to work hard, keep looking to improve in certain areas to give us more chances to win games.
“We want to build on what we have done, work hard at the back, knowing we have good quality going into the final third,” he added.