For the second time this season Scott Duncan takes charge of the Lilywhites, having been the match official at Sheffield United less than a month ago.

23 October 2018
Scott took charge of three North End games last season, although he unfortunately only finished two! The official was appointed to take charge of the last game before Christmas, at home to Nottingham Forest, but picked up an injury early in the game and was replaced by the fourth official.
That was his second PNE appointment of the campaign, having been the man with the whistle for our goalless draw at Leeds United – our opening away game of the season back in August 2017, as well as the home clash with Ipswich Town.
The season before that he refereed the 3-0 home win over Reading in March of last year, which was his third PNE game of that season, having been referee for the EFL Cup win over Oldham Athletic at Deepdale and the defeat at Sheffield Wednesday in early December.

In 2015/16 he was the match official for the League Cup tie at Crewe Alexandra, which saw a 3-1 win for the Lilywhites and the year before that he took charge of the team twice, both at Deepdale, our 1-0 home win over Oldham back in August 2014 and the 2-2 draw with Leyton Orient in January. 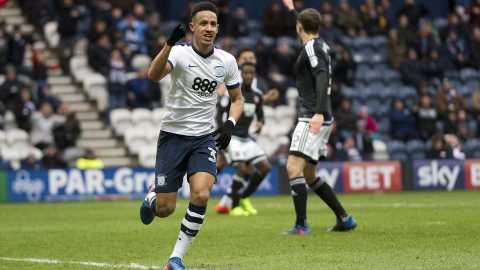 23 October 2018
This is Scott’s seventh year on the EFL lists, having been appointed to the elite group in 2012/13, taking charge of his first PNE game in what proved to be Graham Westley’s final home game, against Shrewsbury Town.
This will be his first Brentford game of the season, in what will be his 12th game of the campaign, where he has issued 38 cautions and two red cards so far, his late game being Accrington Stanley’s 1-0 win at Peterborough United.
On Wednesday he will be assisted by Philip Dermot and Akil Howson, whilst fellow Championship referee Darren Bond is the fourth official.