Preston North End striker Sean Maguire is looking forward to kicking his career on at Deepdale after his injury set back.

18 October 2018
The Irish international returned to the squad for the last game before the international break, before playing half an hour for the Irish side against Wales in midweek.
On his return to Springfields, he sat down with iFollow PNE and feels there is still a lot more to come when it comes to showing the Lilywhites faithful the very best of himself.
“The fans have had to be patient with me for the past 14 months or so and I feel they still haven’t seen the best of Sean Maguire,” said the No.24.

“I feel that since I have been here I have been in and out, due to injuries, and have missed the best part of six or seven months with the two injuries combined, but fingers crossed, I have now turned the corner and I feel really fresh.

18 October 2018
“I am hoping to get back in the team and help the boys up the table.
“I have seen there is over 1,000 fans going over to Hull, which is brilliant. It helps the boys and myself and we’ll be looking forward to three o’clock on Saturday.”
The forward admits picking up the serious hamstring problem on the eve of the new season was a big blow for him, but says that he feels fully over that now and is looking forward to concentrating on picking up wins with the team.
“It has been a frustrating couple of months for myself,” he continued. “It started well in pre-season and I thought I was flying, but to have a serious injury just a week before the start of the season was really disappointing and a bit of a blow.
“It was a blow to the team to lose me and Billy in the space of two days to long-term injuries, but it is good to be back now.
“I played 25 minutes against Wigan and to get 30 minutes away with Ireland was very pleasing.

“The ten days away with them allowed me to get a bit of sharpness into my legs and with five games coming up, including three teams in the bottom half of the table, we feel that we can pick up a lot of points before the next international break.” 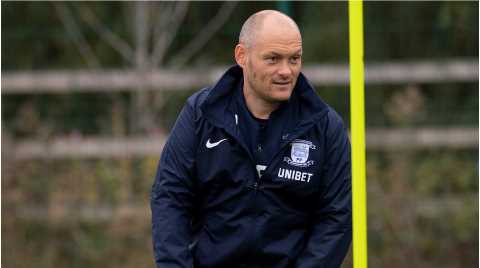 18 October 2018
His return has coincided with some good form from his fellow attackers and he is looking forward to being out on the pitch again with international team-mate Callum Robinson, loanee Lukas Nmecha and the rest of the attacking threats in the Deepdale dressing room.
“Lukas is young. People need to take into consideration he is only really a kid. He had a huge weight on expectation on him coming in here from a huge club like Manchester City, but I feel in the last couple of games we have seen the best of Lukas and I feel there is still more to come from him.
“I am sure that when he does get that one goal, they will start to come game by game and I feel there is a real partnership with the likes of Lukas, Callum and myself to work on.
“I see a bit of similarities between Lukas and Jordan Hugill. I loved playing with Jordan last year, so I feel that when I do get back in the team, that Lukas and I will build a good partnership up front,” he added.

Hear more from Seani in his interview on iFollow PNE now by clicking on the video above.