Brentford's new manager Thomas Frank was very complimentary about the Lilywhites when he sat down for his pre-match press conference for Wednesday night's clash at Deepdale.

23 October 2018
Speaking to the local media ahead of the first of two long-distance clashes for the Bees this week, he says that despite PNE's current position in the table he feels his opponents are one of the best pressing sides in the division.
"They are a good side," he said on the press conference, as featured on brentfordfc.co.uk. "I think last season they were one of the best pressing teams, especially at home.

"I still think they are; I think because they don't have the same confidence now, because they lost some games, but I see them as a dynamic, energetic good pressing side that we need to cope with."

23 October 2018
Since his appointment at Griffin Park last week, the Dane has had a whirlwind few days, but now he has had an experience of the hot seat, he is not expecting to make big changes to Brentford's plans and ethos and he will deal with each game as it comes and pick a team to win it, even when a week like this one with trips to PR1 and Norwich come back-to-back.
"I am not going to make big changes," continued the 45-year-old. "I will maybe make small adjustments - I have a few ideas of what I am going to bring in.
"It is not only about playing home and away, but the specific opponent can dictate [your team selection] as well. 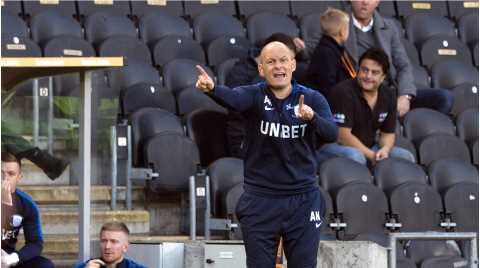 Alex Neil Expecting Nothing To Change At Brentford

23 October 2018
"Against Leeds, for example, I would play the same personnel home and away, but we have a strong squad, I try to use it in a different way and keep a freshness, because it is a long season.
"Two away games with long travels, we just have to handle it and perform anyway."