Preston North End midfielder Alan Browne spoke to iFollow PNE ahead of the trip to Sheffield United to discuss the hard work being done to turn around the recent run of results.

20 September 2018
The No.8 said that the dressing room was well aware that the results had not lived up to their own high-standards, but that everything was being done to solve the problems and that the team would be looking to put things right, starting at Bramall Lane on Saturday.
The Irish international returned to the starting XI for the trip to Leeds United on Tuesday night, having missed the home game against Reading due to a calf strain picked up on international duty.
He played just under 80 minutes and came through it with no issues and is ready to go against the Blades, at the venue of our last away win in the league, when Browne was the only scorer of the game in the last on the road fixture of last season.
“Coming off the back of a few losses and disappointments, everyone has their own opinions and think they know best and someone had to say ‘we know it’s not good enough’,” said an honest Browne in his interview with the club’s online TV channel.

“It is not as though we are going out trying to lose a game, nobody does that, we are desperately trying to turn things around and trying to find a solution to what is happening at the moment. 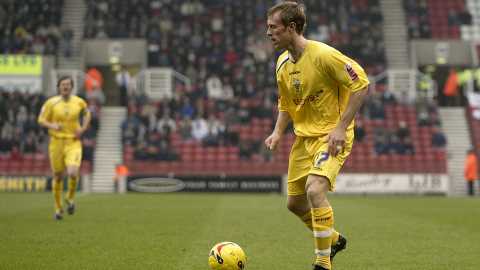 20 September 2018
“It is tough for the gaffer. We have had injuries at crucial times, suspensions now and he is trying to find the balance to his teams. As players we are going out there and giving it our all every game and I think you can see that, but it just hasn’t been good enough and we know that.
“At the same time, we know what we are capable of, we know we turn things round in the matter of a few games.
“Everybody still has got a lot of belief in the team and rightly so, because the quality in the dressing room is something I haven’t seen before and hopefully we can get some wins under our belts and get us out of the hole that we are in at the moment.”
The team went though a similar run of results in the autumn of last season, when defensive injuries and suspensions meant they struggled for points and form, but Alan believes the timing of this current run has meant it has been highlighted more.
“Anybody who is really clued into game and to our results, last year in particular, will know that we had a similar run last season that wasn’t highlighted as much because of where it came in the season,” he continued.
“At that point we had already accumulated a certain number of points and when you start losing people think ‘we know they are good enough because they have just done it in the previous games’, but this season it has probably come as the worst time because you are going into the season on the back of what we did last season and you want to take that momentum right through.

“When you get knocked back a few times, people start to think you are not good enough, but the simple fact is, it is the same team as last year and we were good enough then. 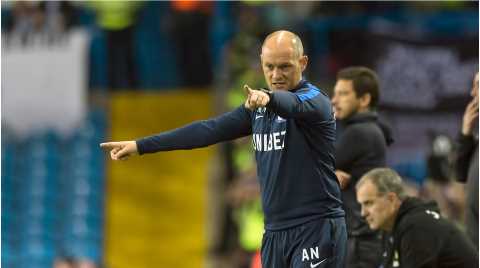 20 September 2018
“Teams have probably improved and the teams that have come down are much-improved, but there is no reason why we aren’t good enough, because last year we competed with every team that we came up against. I think that is the same this season; Tuesday was probably the first time I have felt we really hadn’t done enough or deserve to take anything. In others games it was about conceding at crucial times.
“We had chances in previous games where if we score they are completely different games and everyone knows that. In this league, in particular, the first game is always crucial – we have been on top and then conceded while we have been on top and that has been our downfall and is the main disappointment for us so far this season.
“If we can be a little bit more clinical, take our chances when they come along and learn to see out games, then that is what we need at the moment. We need a result over performances and when we have got a result we can then go out and try to play attractive football, as we saw so many times last season and I am certain that will come.”
That previously mentioned win against Chris Wilder’s side in April is one that ended with the players and fans united in their belief and the former Cork City man says that now is the time for the togetherness shown that day and he hopes to see a North End crowd right behind the squad on Saturday.

“That was a great day for us, going away to Sheffield United. The fans were terrific that day. 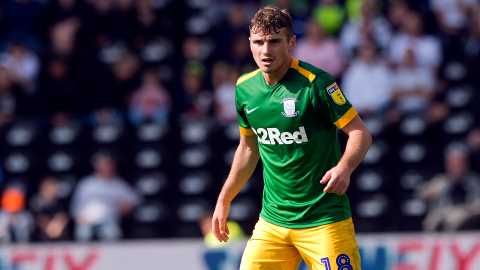 20 September 2018
“I remember scoring right in front of them and there was so much passion and confidence that they knew how good the team was and that side is no different to this year, so hopefully we can all stick together.
“We are not a million miles away at the moment; I don’t think we are completely out of anything.
“It is a tight league at the moment and it is probably going to remain the same. It is about getting results now and if we can do that, I think we will be alright and we need to do that sooner, rather than later,” he added.
Without the need for a subscription, you can watch the full interview with Alan by clicking on the video link at the top of the page.