Preston North End manager Alex Neil says he will name a strong side for the visit of Middlesbrough to Deepdale on Tuesday night.

24 September 2018
The Lilywhites face Tony Pulis’ men in the third round of the Carabao Cup, looking for a place in the last 16 against the side currently joint-top of the Championship.
The North End boss is looking forward to coming up against Boro, who, even though they could make changes to their starting line-up, will still have an experienced and high-quality squad.
“The difficulty in some of the early rounds in the Cup is the fact that teams and managers tend to utilise their squad more, because of the need for competitive football to keep your lads fresh, to make sure they are ready to contribute,” the gaffer told iFollow PNE.

“We are not quite sure how Middlesbrough will line up or what their personnel will be, but we will prep and focus on ourselves and get ourselves ready to go. 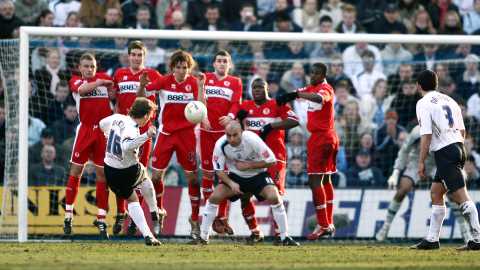 24 September 2018
“The options are where they are as a club; they have been in the Premier League, they have got a lot of cash and an experienced squad and I would expect if they do make changes, that it will be guys like Jordan Hugill, Ashley Fletcher and Grant Leadbitter who come in, so they have got vast amount of experience at this level, have good players, but we have to make sure we go and do what we can do well.
“I think at times it is a bit unfair the criticism [Tony Pulis’] teams get. I have seen them a couple of times this year and they have played very well. They are renowned for being very strong, big, physical, good at set plays and things like that, but there is also another side to their game. They can play; they have some good footballers and if you give them the ball, they will damage you.”
In terms of his own side, he says it is about ‘finding a way’ to win: “We need to find a solution and a winning habit, where we can play well and get what we deserve. On Saturday I don’t think that we got what we deserved.
“At two-each we did remarkably well to get ourselves back in that position. Against a really difficult team at home and I honestly felt – and I think everybody did – that we were going to go on and win the game and I felt bad for the lads that we went and conceded that late goal and it was another kick in the teeth for us.

“The only thing that does is to hopefully build up resilience and build up that stronger mentality to deal with adversity and hopefully go on and try overcome it. 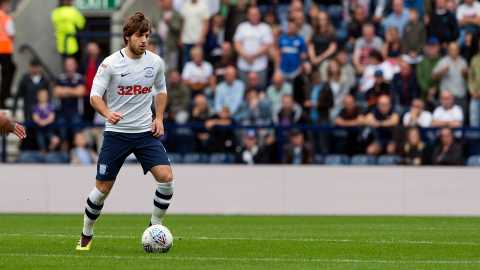 24 September 2018
“What we have to do is to try and ensure we play well this game; we’re at home and we want the home fans to try and get behind us and hopefully we can give them some enjoyment, because it hasn’t been great so far and we need to try and turn that round and turn it round quickly.”
And the chances to get back towards what is his preferred first choice starting XI as players start to return from injury and suspension will help him achieve this.
“Whether it has been through injury or suspension, we have not been able to get a consistency of selection.
“Last season you could probably rhyme off nine names who played pretty much guarantee who would be in the team, but that has not been the case this season.
“I haven’t consistently been able to pick Alan Brown and Ben Pearson together in what in my eyes is their best positions and consistency in terms of the front line hasn’t been there, which has proved to be difficult.
“I am much closer now though to be able to working out what my starting XI would be on a consistent basis,” he added.
Watch the full interview with the manager by clicking on the video link at the top of the story; all video interviews are available for free without the need for subscription.