Preston North End manager Alex Neil is looking for his side to build on some decent performances when his side face West Bromwich Albion at Deepdale on Saturday.

27 September 2018
The Lilywhites boss is aware of the test that Darren Moore’s team will provide, with the Baggies already topping the goalscoring charts after a promising start to the new campaign and he is full of praise for the way they have turned things around after relegation from the Premier League.
“There is no question that they have a good squad,” the gaffer told iFollow PNE.
“Darren has done a good job in taking the negativity from last year and putting it to one side and quickly getting them to concentrate on the Championship season ahead.

“I always think that is important when you come down; to try and get rid of all that negativity and he got a good start in that he had the job with five or six games to go last season and ended the season very well and that gives you a positive momentum going into this season.

“I think he has recruited well and I think they are going to be a really good test for anybody in the league. They are the top goalscorers in the league and have got real quality going forward.
“Looking at them, they are as fluent as any side we have faced this season – certainly going forward. On the counter-attack they are lethal and that is something we will have to pay attention to. They have got good experienced players and they know the job that needs doing, so we will have to play very well.”
Going into the game against the Black Country side, Alex feels that confidence has been lifted on the training pitch after a decent couple of performances and now wants to build up some momentum.
“After the second half in the Sheffield United game and then the game against Middlesbrough,” he continued. “I think the lads will take a lot of confidence. We played well and hopefully we can try and take that into this game.

“That momentum of performing well, making good passes and looking threatening and trying to control the games is going to key for us.

27 September 2018
“We have had a really tough run of fixtures, with the majority of the teams being at the top end fo the table and we need to focus on what we produce and what we need to do and there is no better place than the start on Saturday.”
On Tuesday night the midfield three of Ben Pearson, Ryan Ledson and Alan Browne started together in a competitive game for the first time and the manager was pleased with what they provided to the team.
He believes that his side is now taking shape and is looking to further find solutions to questions that are still presenting themselves.
“I would like to think that that three would stiffen us up in the middle of park. What those three bring is that they all wear their hearts on their sleeves. They are good players and I thought all three played well the other night.

“Going forward as well, if you look at our front three from the other night, Callum [Robinson] has four goals in five games, Tommy B is coming into form and Brandon, both tactically and defensively, played as well as he has since he has been here, and he carries a big threat going forward as well. 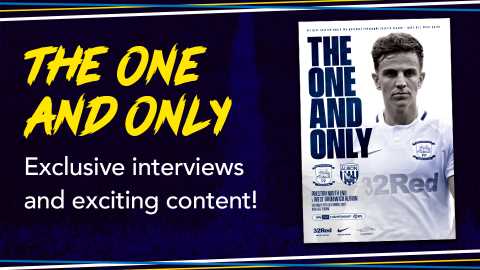 27 September 2018
“Middle to front we are looking good and at the back we have had some good performances as individuals, but collectively we have to make sure that we try and become a bit more solid,” he added.
You can watch the full interview with the manager talking about leadership in his squad and other things by clicking on the video link at the top of the page – all videos are free to watch without the need for subscription.