Brandon Barker is biding his time as he looks to cement a place in Alex Neil's starting Xl.

The Manchester City loanee joined North End in the summer and after a number of impressive displays in the Carabao Cup, the winger is now hoping to take his form in to the league when the opportunity arises. 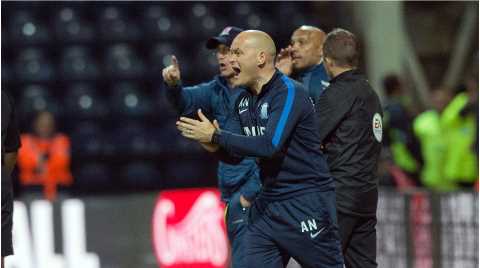 Speaking to iFollow PNE ahead of Saturday's clash with West Bromwich Albion, the 21-year-old said: "My starts haven't come as much as I would like but I'm biding my time, I'm not getting impatient with it and hopefully I will get another start on Saturday.

"The Championship is extremely different to what I've been used to, last year I was playing in a league where I was used a lot more, especially at the start, I was thrown straight in there.

"Obviously it's a bit different this year but I'm biding my time and hopefully I can become a key player for the club."

"I think this is my fourth team in four years, so it's not easy when every year you are going out to a new team but it's helping me grow up and I'm gaining experience from it so I'm happy to be here and hopefully I will be here for a long time."

Brandon's attacking qualities have been visible since he joined the club, but it is his defensive duties he is now focusing on improving as he looks to improve his game as a whole.

"On Tuesday night I had to show my defensive side as well so that the manager knows that I've got that. Hopefully I can put my defensive and my attacking abilities together and hopefully it will make me a better player.

"I try to prove myself every day in training, as everyone does, hopefully on Tuesday I showed the manager I could do my defensive responsibilities.

"I think he already knows what my qualities are in the attacking sense and hopefully I can show them on Saturday." 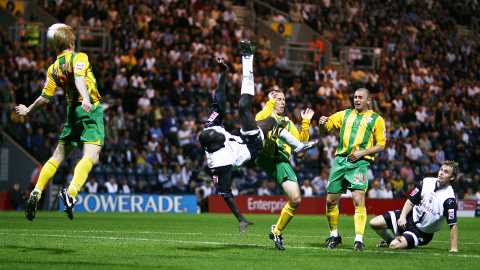 With this weekend's opposition having recently come down from the Premier League, Barker is looking forward to testing himself against Premier League quality players should he feature on Saturday.

"They are a free scoring team at the minute and they are such a big club, getting relegated from the Premier League last season, they are a Premier League team but the boys will be going in to the game with confidence.

"It's a great stage for us to show what we can do and hopefully turn our season around.

"Everyone wants to get as high as they possibly can, if you can play and mix with the best then you know you deserve a shot to get to the Premier League and that's what everyone in the dressing room wants. Hopefully we can turn our season around and start with a win on Saturday."

And Brandon is hoping the fans can play their part by getting behind the team at Deepdale this weekend: "It's one of the biggest games of the year, one of the biggest teams that will come here this season so hopefully all of the fans get behind us and really give us that extra push to go and get the victory."

Watch the full intervie with Brandon on iFollow PNE now.