Jack Baxter is pleased that PNE U18s kept their form up as they brushed aside Accrington Stanley in a 3-0 win.

Baxter was a driving force in midfield alongside Adam O’Reilly, with the former picking up two goals from the penalty spot. 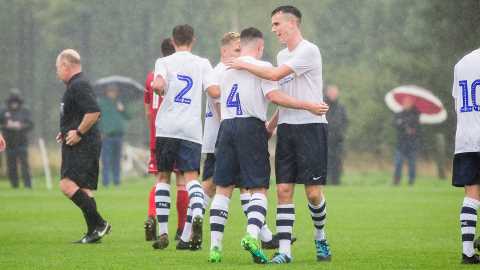 After a wait of ten days, following the 3-2 turnaround victory over Shrewsbury Town, PNE bossed the game and possession. The first half saw few clear chances but the game opened up after the interval.

Speaking to PNE.Com on the win, Baxter said: “That’s our fourth win in a row, it’s just good to be on winning ways.

“It was hard, there was a lot sideways passing. We got the occasional chance, we just couldn’t take it until right at the end when we went 1-0 up.

“We definitely had a lot more possession, I don’t feel like they threatened us at all. We never felt in danger playing against them. We were comfortable in possession, we just needed to create a few more chances.

“I thought we created a lot more chances in the second half and we got two more goals, but again I still don’t feel like they really came close to scoring.”

Baxter’s brace wasn’t as clear cut as two penalties would suggest, his first initially being saved before he pounced on the rebound – his second comfortably slotted home. 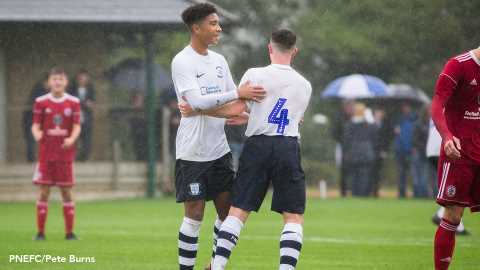 North End’s No.4 was praised by his manager for his reaction to the penalty save and Baxter was thinking of the consequences of not converting it.

“You’ve just got to make sure you get it right or I won’t be on them next week!

“The first one was poor, I’ll admit that. But I scored the rebound and made sure I got it right on the second one.

“I try to practise as much as possible so when it comes to a game I can make sure I get it right. The pressure is different and it’s hard to replicate in training but the more you practise the better you get.”

Despite not scoring on the day Louis Potts’ hard work created the penalty for PNE’s second goal; carrying the ball from half way, before being brought down as he rounded the ‘keeper.

His efforts were appreciated by his teammate, who is looking for his side to go all the way this season.

“He creates a lot for the team he works hard, and his running really opens the game up and it’s good to play with him.

“We want to keep on winning, keep on playing. We want to get as many wins as possible and do as well as we can in the league - and hopefully win it.”