We go back a dozen years to find our latest memorable match and this time it is for one of the best goas seen at Deepdale in the last couple of decades.

27 September 2018
It was a Tuesday night in September 2006 as Bryan Robson brought the Baggies to PR1, but Paul Simpson’s men came out on top, thanks to a quite stunning overhead kick.
It was Patrick Agyemang who was the hero, showing what he was capable of with the scissor kick, as the Lilywhites beat West Brom to register their second win in four days.
The visitors were the first to threaten, Kevin Phillips shooting wide and John Hartson heading Zoltan Gera's cross against the crossbar.
PNE goalkeeper Carlo Nash saved from Nigel Quashie after the break, before North End’s Paul McKenna dragged a shot wide.

Pascal Zuberbuhler saved Simon Whaley's low strike, while Nash denied Nathan Ellington, but with 12 minutes to go the ball came over and the North End No.9 was on the edge of the penalty area and pulled off the audacious effort to send the ball flying into the back of the net, giving the Swiss stopper no chance and sending the PNE faithful wild.

Speaking about the effort, PNE boss Paul Simpson said: “It blows your mind away when you see a goal like that. If you are ever going to see a text-book overhead kick Patrick has performed it.
“It's hard to describe that, I don't know where it has come from and I don't know where he thought he could do it.
“I've seen it on the TV. It's only Patrick who could have the nerve to think that could be done.”
Whilst West Brom boss Robson added: “I can't believe that we've lost the game and not won it. I couldn't ask anything more from the players, we passed the ball well, we created chances and we missed them.
“Agyemang scored a great goal which won them the game, but we should have been out of sight before that.” 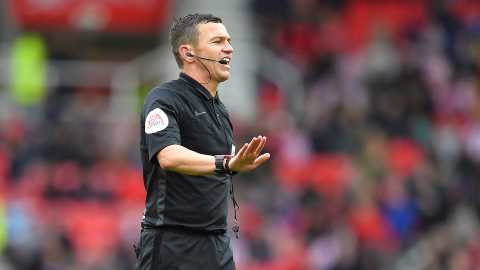