Alex Neil felt the only thing lacking from his side’s Carabao Cup tie against Middlesbrough at Deepdale was the result.

The Lilywhites put on an encouraging display with Callum Robinson and Tom Barkhuizen among the goals, but they were twice pegged back by quick Middlesbrough equalisers, the visitors going on to win 4-3 on penalties following the 2-2 draw in 90 minutes. 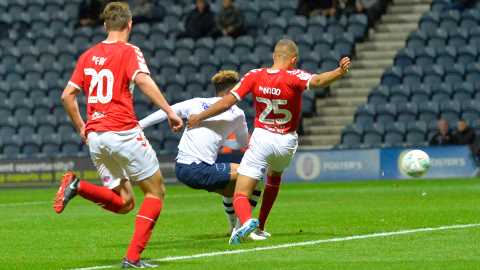 The manager suggested his players were unfortunate not to have wrapped up the result in normal time but is now hoping they can draw some confidence from their performance.

“I thought we played well enough to win the game,” Alex told iFollow PNE. “The second goal is obviously a bit of a kick in the teeth because it’s a really good finish from distance.

“But we created really good chances and didn’t take them and then you leave yourselves susceptible to conceding late in the game, having led twice as well.

“We get unfortunate with Tom hitting the post as well. Naturally, we’re disappointed that we’re out of the cup but there’s certainly a lot of positives from tonight in terms of how the lads played and hopefully we can try to take that into the weekend.

“It was a good save [late on to deny Josh Harrop]. He was playing wide right at that stage as well and what he has got is good feet around the edge of the box where he can manoeuvre himself and get his shot away, so he was unfortunate that didn’t go in.

“The good thing is the lads are happy with how they played, I thought they played well, second half against Sheffield United we played well and again tonight, so hopefully we can take that into Saturday and that can help us and catapult us towards winning the game.” 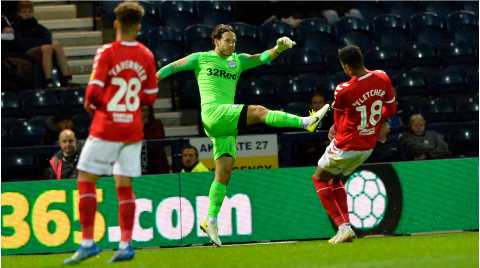 The gaffer also spoke of numerous impressive individual displays, including that of his fluid front three and Tom Barkhuizen in particular, with Alex optimistic that his superb long-range strike can boost his confidence.

“Tom sometimes gets a bit of undue stick which I don’t think he deserves because he works extremely hard for us and he has got quality. The good thing about playing Callum [Robinson] up top is that I can flip Tom and Brandon [Barker] over because both can play either side.

“Naturally, Callum prefers the left when he does play and he’s been such a key player for us that Tom then generally plays on the right hand side. But he’s certainly dangerous cutting in from the left hand side and hopefully that [his goal] will get a shot in the arm in terms of his confidence going into the weekend.

“Callum always gets chances and a lot of them are self-made, he’s just an excellent player and his development over the last year has been outstanding. Ben Pearson was outstanding as well and Ryan Ledson, I think that’s his second start, you can see that he’s getting better; he’s got more confidence and he’ll get fitter in terms of getting the minutes.

“All in all, I thought there were a lot of positive performances and I think the only thing we lacked was getting the result that the lads deserved.”

Watch the manager's full post-match interview from the game now by clicking here.