Alex Neil apologised to Preston North End supporters as the Lilywhites went down 4-1 to West Bromwich Albion at the Hawthorns on Gentry Day. 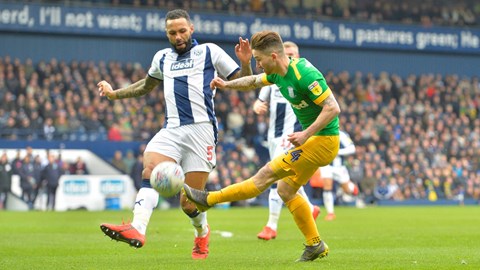 The 2,752-strong travelling North End contingent were in fine voice in the Black Country but could not inspire their side to victory, the visitors falling foul of a Dwight Gayle hattrick and another strike from Jay Rodriguez before Callum Robinson’s stoppage-time consolation.

And the gaffer was apologetic to the fans when speaking to iFollow PNE about his side’s performance after the game.

“Gentry Day is massive, I’m just really disappointed and sorry that we couldn’t put on a better show,” said the North End manager.

“To be honest, the whole circus that has surrounded this game has certainly taken away from it, which I apologise for, that’s not my doing but I did think it had an effect on the match.

“I hope it didn’t ruin their day, we’re just really disappointed today in terms of that performance wasn’t the Preston team that I’ve worked with for the last year and three quarters.”

In going into the half-time break trailing 3-0, Alex felt the youth in his side had looked especially evident, following an encouraging start to proceedings.

“I thought we started the game quite brightly. They obviously set up a back three which makes it quite difficult for us at that stage because they’ve got three big centre backs, [we’re] turning the ball up to Jayden [Stockley] and didn’t really get a lot of joy.

“Until the first goal we were quite comfortable, but I thought once the first goal went in – which we’d discussed [Dwight] Gayle’s movements and [Chris] Brunt picking those passes out – which was really disappointing for us because we should’ve done better. After that it became a real problem, we didn’t react well at all and that’s completely unlike us.

“I think that everything surrounding us, in my opinion, I certainly thought it looked as if it affected the players which is frustrating for me because it’s not my doing and ultimately, I thought that had a big, big factor on the first half.” 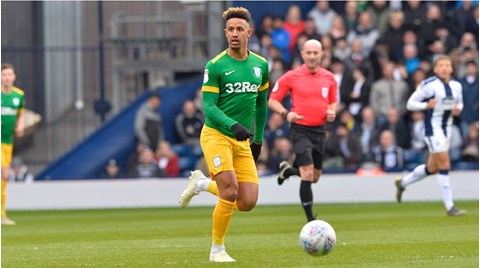 The gaffer was disappointed to see a first half Mason Holgate challenge on Paul Gallagher – which would ultimately force off the PNE No.12 – go unpunished, with the subsequent loss of the midfielder depriving the Lilywhites of his valuable experienced in the engine room.

“It was a bad challenge at the time, the referee was wrong side of it so he didn’t see it, the fourth official right in front of it didn’t deem anything wrong with it but as if you look at it, it’s not one of Gally’s shins – it’s both, it’s right across two of his legs.

“And then we’re already lacking experience throughout the team with a lot of players missing and then we lose Paul, who’s been a key player for us. I thought at times we looked young today and made some naïve decisions, I thought we found it relatively easy at times to get into the final third but we lacked quality at that point to hurt them.

“Against quality opposition, when you give the ball away on occasions like we did then naturally, they’re going to hurt you. That was the story of the match; you could see their quality in the final third, their experience throughout the game and that was, for me, the big difference in the match.”