Saturday’s trip to West Bromwich Albion has been selected as Gentry Day and it is a game that manager Alex Neil is really looking forward to.

The North End boss got his first taste of the special remembrance game for the fans in last season’s 3-1 away win at Bolton Wanderers and he recalls is fondly.

Speaking to iFollow PNE Alex said: “I thoroughly enjoyed Gentry Day last year. It was a new experience for me last year, I had never come across it before – in fact I had never heard of it – but it was good.

“We had a great away following, we beat Bolton, we played very well and it made for a great day.

“That was one of my highlights from being here so far, particularly the way the game went and how much the fans enjoyed it; I thoroughly enjoyed that day.”

After the last couple of results the gaffer feels that the squad must not look back and think about those games, but concentrate on what is to come.

“The lads have done great; they really have,” he continued. “It has been really tough in the last couple of games, because we have played against two of the top teams.

“There was very little in the games – certainly until the red card against Leeds – and the Sheffield United game could have gone either way – we have some really good chances that we didn’t take.

“Everyone looks at it and thinks ‘what if’ to a certain extent, but we can’t deal in the past. That has gone now, we have to focus on what we have in front of us the first port of call with that is going to West Brom at the weekend and trying to win that three points.”

The youthful North End side come up against one of the most experienced squads in the division at the Hawthorns, but the Scottish PNE chief thinks their past is irrelevant to the game and feels his side will be motivated by the last couple of games.

“Most of their squad have played most of their careers in the Premier League, so we know that they have undoubted quality. 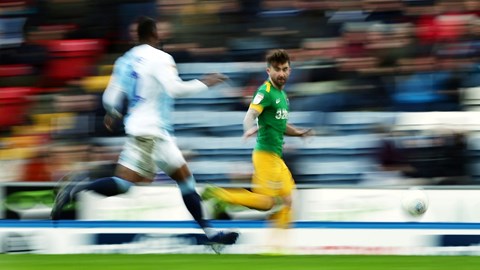 “They get paid vast amounts of money, they got bought for massive sums, however that doesn’t win you football games.

“It is how you apply yourself that is the key difference and what we have to do is to apply ourselves really well and hope that we can do all the things that we are very good at and try and take the game to them and see where that takes us.

“You always have an opportunity to go and put something right – that is football. I think you should use defeats as fuel, as a player.

“But it isn’t from a lack of effort. It isn’t down to application or listening; it is maybe down to switching off or naivety or maybe not scoring that chance when it comes along.

“We will have learned from that, there is no question about that. As everyone knows, I have great belief in this squad and I know that we can go and finish this season strongly,” he added.