Alex Neil felt his Preston North End players excelled against automatic promotion chasers Leeds United until they were reduced to ten men, after which the visitors scored twice for a 2-0 victory. 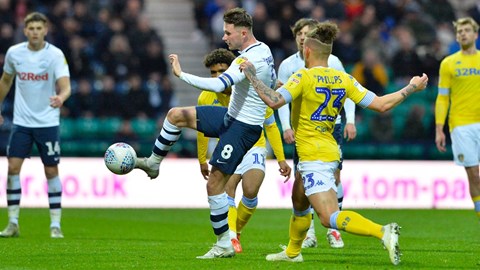 A frenetic first half, played at lightning pace at times, had seen the Lilywhites more than match their West Yorkshire counterparts, but Ben Pearson’s dismissal four minutes into the second half proved a turning point with Patrick Bamford then going on to net a quickfire brace after the hour mark.

The North End gaffer had been open in his praise for Marcelo Bielsa’s men in the lead-up to the contest and again touched on the quality of his Leeds team when assessing the performance of his own side on post-match duties with iFollow PNE.

“I thought we were excellent, and I said to the players after the game that I think it’s easier once you lose a game [to say] we didn’t play well and when you win that you were excellent,” the manager told the club’s media channel. “I don’t really work like that, I like to try to take the performance and the result and separate them.

“I thought we came up against arguably the best team in the division for me, in terms of how they play, and I thought up until the sending off our lads were excellent – I was really, really proud of them and they played really well.

“I think after we beat them in the cup [a 2-0 EFL Cup win in August], they certainly studied us and found a way to beat us and my job this week was to try and stop what they’ve been very good at against most teams this season and I thought we did that, I felt we were excellent.”

Alex did believe, however, that his side needed more of a cutting edge in possession, and felt that their task was always going to be a challenging one after Pearson had seen red early in the second half.

“We didn’t carry as much of a threat as we would have liked but from a tactical point of view, against what is, in my opinion, a really top team at this level, I thought we did excellent.

“I thought if we could try to retain the ball a little bit better at the top end of the pitch, in terms of taking that first one on, because you need that sort of ‘up, back and through’ in terms of getting in behind them.

“We got into good areas and I thought we contained them, I just thought it was a really good game at that point [before the red card]. But we make an error and then from that point it becomes tough we try to repair it, lose a player and then it’s difficult after that.” 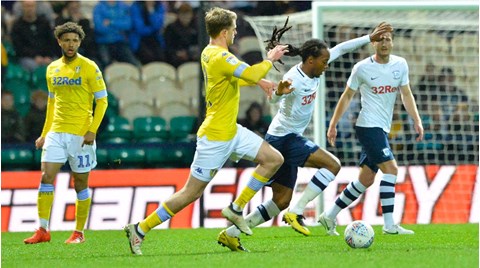 ‘A Hard Lesson’ For DJ And Co.

The PNE chief had also been frustrated by some refereeing decisions in the game, noting an inconsistency between the fouls awarded for either side.

“There’s always 50/50 fouls within the game and I think if they get split evenly throughout the teams, then naturally you can’t have any complaints.

“I didn’t think we got our fair share tonight, Ben’s booking in particular was disappointing, certainly in the fact that Luke Ayling on the far side does the exact same tackle and gets a talking to, while Ben gets booked.

“I’ve spoke about referees targeting Ben in terms of giving him early bookings, but I think the lad Jack Harrison, to be fair to him, gets straight back up after the challenge – it’s not a bad challenge, he just goes through the ball. The disappointment is if you’re going to give that booking, why don’t you carry it through for the other challenge?”