The Lilywhites play their final of six Lancashire derbies when they make the short trip down the M6 to face Wigan Athletic at the DW Stadium on Easter Monday and the manager wants to make it a perfect three from three on the road within the red rose county.

“I do [translate to the players the importance of these derby games],” he told iFollow PNE. “There is no point in sugar-coating it. You can’t get away from it.

“The importance of derby games is bragging rights for the fans and although we give 100 per cent in every game, it will always mean that little bit more in those games, because the last thing you want to do, is give the bragging rights away.

“It is something that we speak about, we focus on and these games in particular we try and make sure our fans don’t go home dissatisfied or not going enjoy their work for the rest of the week, so it is important to us.”

His side returned to winning ways on Good Friday, with an impressive attacking display in a 4-0 victory over Ipswich Town at Deepdale, something the gaffer felt was ‘important’.

“I think it was important that we got back to winning ways,” he continued. “It’s always nice to score four goals and I thought our creative play was very good at the top end of the pitch.

“It was very pleasing and the fact Joe [Rafferty] got his first game was good; I thought we saw young Ryan growing [Ledson] in confidence as well – I thought he put in a really good performance in; I thought Lukas [Nmecha] was the same and I thought Sean Maguire was getting back to his best.

“Callum Robinson also came in and played really well, so there are a lot of positives to take from the game and I was delighted. I watched the debrief this morning and Sean Magurie was really heavily involved.

“I didn’t realise at the time how much he was; and Ryan Ledson’s passing from deep was good – he picked out a couple of really good passes, so it was very good right across the pitch and keeping a clean sheet is always nice.

“There were a lot of younger players getting important minutes and that will stand them in good stead going into next season. It is important they find a way to win games at this level; they have to come in and impact the games, so that we get the results that we need.

“I thought that was a big moment for everybody. Last week was difficult and we just need to concentrate on the next three games.” 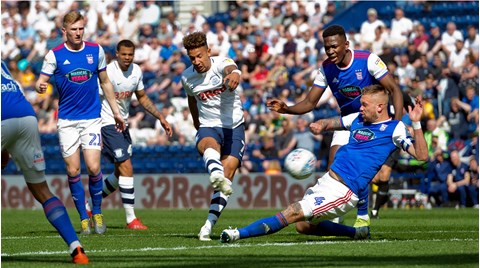 Robinson 'Feeling Sharp' After Getting Back In The Goals

Whilst over in West Yorkshire the Latics picked up a very impressive result against automatic promotion-chasers Leeds United, something that impressed the PNE box, who expects an open game on Monday afternoon.

“[That win] was crucial. I am sure Cooky [Wigan manager Paul Cook] will be delighted. Leeds, at the best of times, is a difficult place to go, so to go there and be 1-0 down with ten men and come back to win the game is an incredible result and if that result keeps them in the league, then it deservedly does in my view, because that is an incredible result.

“It is a massive game for them on Monday against us. They need to try and win that; for us it makes it a really big and exciting game and we will go there in a local derby and we will make sure that we try and win the match – it should make for a good match.

“That result against Leeds will go a long way to maintaining their position. They have three big games to go to try and pick enough points up, but they are in the driving seat; points on the board are always better than games to play. 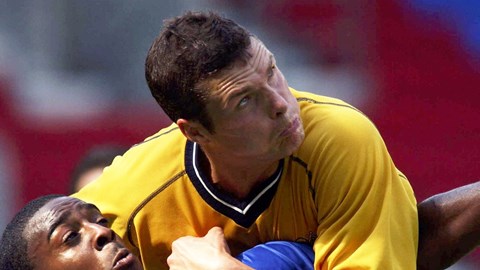 “They are doing well at the moment. Wigan at home have always been a daunting prospect; they are very good at home, it is their away form that has suffered.

“Looking back to the game in October, they went down to ten men, but they committed a lot of bodies forward, so looking at the Leeds games yesterday I can understand that if you don’t punish them, they can hurt you going the other way.

“They will throw caution to the wind and push men forward regardless of how many men they have on the pitch. What that does do is leave spaces and on that day we got into those spaces and hurt them, because they went for it and against Leeds it worked the other way – it went in their favour. It is very brave way of playing.

“It will be a tough match; they won’t sit back. Both teams will go at it for the 90 minutes. They need the points, we want the points, so it should be set for a good game,” he added.