Alan Browne was frustrated as Preston North End saw a couple of key decisions go against them in their 1-0 defeat to Sheffield United, but said the blame couldn’t be laid solely at the officials’ door. 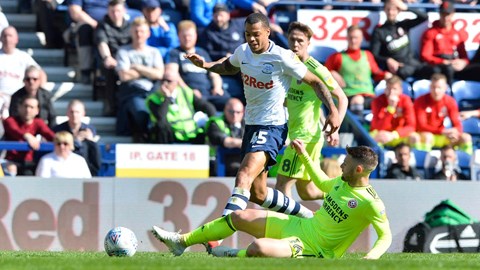 Incidents involving Lukas Nmecha and Browne himself in the first half – before David McGoldrick scrambled home for the game’s only goal after 33 minutes – looked like possible penalty shouts for Alex Neil’s men, but neither were given.

Speaking to iFollow PNE after the game, the 23-year-old felt North End created enough opportunities to win the game even without a penalty being awarded their way.

“I think we definitely deserved at least a point, if not all three,” the Irishman told the club’s official media channel. “I think there were two decisions that, at this time of the season, you need to go your way and for me it was blatant but obviously the referee disagreed.

“I don’t often criticise referees but I think the two decisions in particular were really important for us and we didn’t get that bit of luck that we needed. At the end of the day, we still had some fantastic opportunities to take the lead and we just couldn’t capitalise [on those].

“You have to appeal in any circumstance but the first one in particular [against Lukas Nmecha], I haven’t seen a more blatant penalty all season. The second one [on Browne], you usually get it when the first one’s so blatant that it doesn’t go your way, so sometimes refs might think if it’s a 50/50 they will give it [the next one] because they know they’ve made a mistake.

“It’s a big chance for us to get a penalty and take the lead but we can’t blame the referees. I will criticise them myself after this game, but I wouldn’t blame them, there’s still 70 minutes of football to be played and we were kind of pushing towards the end, but we couldn’t quite get that goal that we needed.

“It’s a soft goal to concede, we’ve worked on defending and we knew what we had to do but, in the moment, we switched off and it cost us in the end. It’s a disappointing result to take considering the performance.”

The Lilywhites forged a number of openings during the contest, both before and after the visitors’ all-important goal, with Browne – who made his 200th club appearance in the game – stressing that he and his team-mates had to be more clinical with those opportunities. 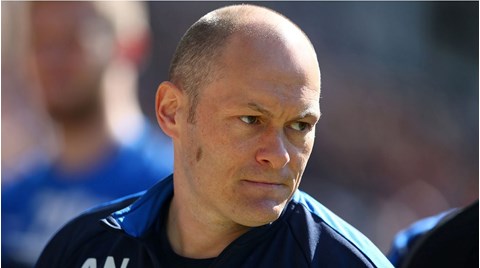 “At this point in the season, that’s when you need to take those chances. We created quite a few but sometimes they don’t come around that often. We’ll take the positives, we put it up to a side that are in contention for automatic promotion and are tough to break down.

“Credit to them as well because they defended well and got their goal, but I think it was there for the taking today. We’ve got to take that performance now and continue like we have been doing before the international break and take it right to the end.”

Next up for PNE sees another promotion chasing side in Leeds United visit Deepdale on Tuesday night and Browne feels that fixture will provide an ideal opportunity to get back on track as North End continue in their push to break into the Championship’s top six.

“They’re [Leeds] another team in contention for automatic promotion so it will be a tough test for us, but I think any top side we’ve played this year, we’ve really put it up to them. I know the boys will be raring to go after not getting the result we wanted tonight but [we can] bring the performance in and hopefully change the result on Tuesday.”