Alex Neil was pleased to see an entertaining game on offer in his Preston North End side’s final home match of the 2018/19 season with a topsy-turvy 3-3 draw against Sheffield Wednesday.

The Lilywhites twice led for much of the contest with Jayden Stockley, a Tom Lees own goal and Alan Browne reward for the home side’s good play, but two quickfire goals from the visitors in the final quarter of an hour saw Wednesday finish the contest level. 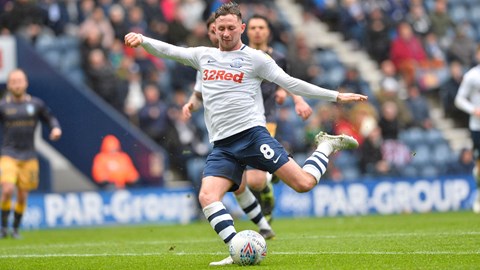 The gaffer said his only disappointment was his side’s failure to secure all three points.

“It certainly wasn’t an end of season drab draw as you see so often!” Alex told iFollow PNE post-match. “We certainly went for it, I thought first half we were excellent and played the conditions well.

“Jayden played up top so he naturally turned the ball, more so than what we have done recently and I thought that served us really well. I think the only disappointment for us was the fact that we didn’t win the game, I thought we were the better team throughout the match, there was just some moments that we needed to do probably a little bit better.

“We spoke at half-time about making sure that, at the end of the game, we’re speaking about how well we’ve played rather than a fightback for Sheffield Wednesday.

“I think their first goal looked like a foul to me with [Steven] Fletcher on Alan Browne, we didn’t get it, but the finish from Barry Bannan was outstanding – I was right behind it as he hit it and the only place it could go was the top corner.

“After that, I think we then go and get the third goal which I thought would’ve took the sting out of the game but when they score in quick succession after that, it then makes it really difficult for that point. Credit to both teams, I thought it was a really entertaining match and both teams went for it.”

There was also praise from the boss for North End’s first goalscorer, Jayden Stockley, who nodded home to round off a neat team move just eight minutes into the game.

“We spoke about getting balls in the box for Jayden,” Alex continued. “There’s no point in him being the centre forward if we’re not going to cross the ball.

“It was well worked [the goal]; [Paul Gallagher] Gally found Callum [Robinson], he’s come in, puts a great in-swinging cross in, Alan gets a good flick on it and Jayden’s where he should be, he’s right in the middle of the goal and he sticks it away.

“He’s been unfortunate, Jayden, he’s not had as many minutes as maybe what he’s merited. Like today, if he’s going to play, we’re going to have to be a bit more direct in the first phase, but there’s no harm in that and I thought we worked off that second ball really well.” 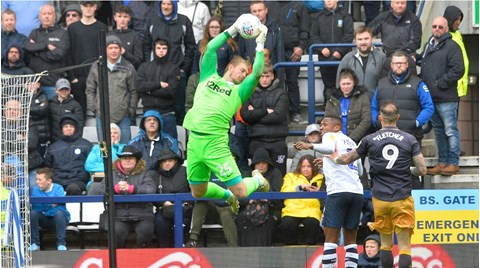 Ripley On An ‘Entertaining Debut’

Alex was also happy to see the returning Alan Browne find the back of the net in the second half, but was disappointed by Wednesday’s double salvo draw them level not long afterwards.

“Alan’s a great running No.10, he will make the runs beyond and when he gets opportunities, he’s an excellent finisher. That was on his left foot as well, it was a fantastic finish.

“ I think the only disappointing thing from our point of view was we didn’t see the game out at that stage and we should’ve done, I think maybe a little bit of naivety [came in], and I think the third goal’s certainly a foul but we didn’t get it.

“But we had opportunities; I think Seani has a really good chance with a cutback that we don’t take full advantage of, but it was a good way to end the season at home with a really good match, I just wish we could’ve given the fans the three points.”