We go back to Halloween 2006 for our latest look back to a memorable game as the visitors were given a thoroughly scary experience!

The opener came as Nugent crossed for Danny Dichio to head in the first and then the future England striker squared for former Leeds man Danny Pugh to stab home the second.

The North End striker then tapped in a Simon Whaley cross at the start of the second half to add a goal to his two assists, only for two former North enders to combine to get one back - David Healy scoring with a tap-in from Richard Cresswell's cross.

After the game, North End boss Paul Simpson: “It was everything we asked for after losing at burnley. We couldn't have asked the players for more with their work-rate and attitude.

“It's an emphatic win and could even have been more. It probably is the best performance of the season so far.” 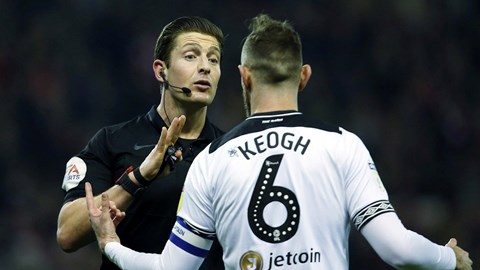 While new Leeds manager Dennis Wise added: “I've been involved in two and watched three games and it isn't what I want really, it's not enough.

“I've told the players and they know. I just think we might at some stage need to bring in some fresh faces just to give us a bit more competition.

“There needs to be more competition and I'm very disappointed. I'm not too pleased with it at the present moment.”