We go back to an eventful game in March 2008 for our memorable match between the Lilywhites and the Blades.

It was a game with everything, a penalty, a red card, plenty of goals and it was Neil Mellor who proved to be Kevin Blackwell’s side’s chief tormentor as PNE ran out 3-1 winner at Deepdale.

Callum Davidson put Alan Irvine’s side ahead with a powerfully struck penalty, awarded for a Matthew Kilgallon foul on Mellor just before the half hour mark.

The former Liverpool striker then doubled the lead when he finished into the bottom corner just after the hour mark, looking like putting the game out of reach of the visitors. 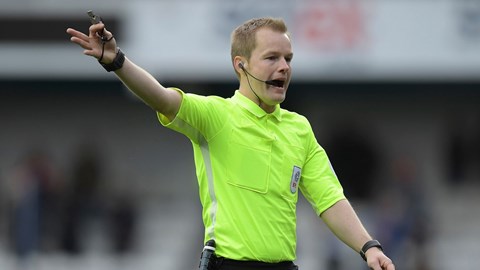 However, the closing stages became a lot more tense, when substitute James Beattie's penalty with three minutes left halved the deficit, but a red card for Blades skipper Chris Morgan for a second bookable offence in the final minute, followed by another Mellor goal, his second of the game, from 12 yards out meant the points were secured by the home side.

After the game PNE manager Alan Irvine said: “I've told the lads with five games to go, 54 points is not enough. I have not yet set a new target. We'll get the 54 first, then I can do that.

“Obviously it is fantastic. I am not counting my chickens because obviously we are nearly there. If they get to 54 points it would be a natural reaction to slump back.”

Meanwhile, Sheffield United boss Kevin Blackwell added: “We gave it everything. It's just frustrating and disappointing that we didn't get anything.

“I thought that whoever played at home today got the decisions that mattered. I wish we had been playing at home. There were decisions where we didn't know what was going on. If I say too much about officials, you get fined.”