Speaking at his pre-match press conference, the former Blackburn Rovers chief described the task his side faced coming to PR1, reflecting on the memorable game at Portman Road that ended with Paul Gallagher in goal for the Lilywhites, following his earlier equalising free kick.

“We deserved to win the game [earlier this season],” Lambert told the media. “They’ve had a good season, Preston’s a tough, tough game.

“We will go and try our best to win. We are playing well, so I don’t have any problem with trying to win games.”

Following the Tractor Boys’ relegation their boss has hinted at the prospect of switching around his team for their last few fixtures to give players a chance before pre-season, in a similar vein to his opposite number Alex Neil, who said the same in his own press conference.

And he also admitted he had given his team a few days off to get back their focus ahead of the remaining games of the season.

“I might experiment. One or two might get a chance at it to see how they do,” he continued. “There are a lot of good things here and they can build on that. 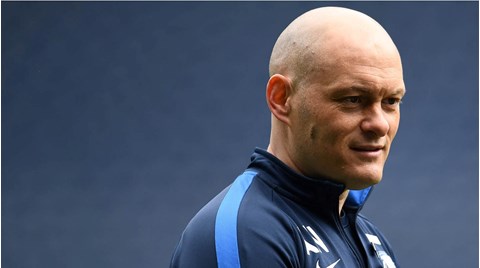 Alex Neil: “I Have Never Wanted To Leave Here”

“The support will come and get behind them and that is what you need.

“When the reality hits [of relegation], it is sore. The lads and staff had a couple of days off. They are a young group and whether they know what they are involved in, I am not sure.

“Performance wise I don’t think I could get any more out of them. They will learn from the experience. There are a lot of young players here and they have the support behind them, which is a great help.”