Gavin, from Surrey, is in his 12th season on the EFL lists, and although he has officiated the Lilywhites on seven previous occasions, this will be his first at Deepdale!

As mentioned, in those 12 seasons he has also taken charge of North End on seven previous occasions, including our late draw at Hull City in October and our early season trip to Carrow Road to face Norwich City.

Prior to our trip to Norfolk, the last game he officiated was at Elland Road against Leeds United in December 2015, when Jordan Pickford was sent off, only to have the card rescinded on appeal – Mathew Hudson that day making his debut for the Lilywhites.

His other games in charge of PNE were at Brentford and in 2010 at Leicester City, and his first two in the space of a few months back in early 2010, at Bristol City and a 1-1 draw with Coventry City at the Ricoh Arena. 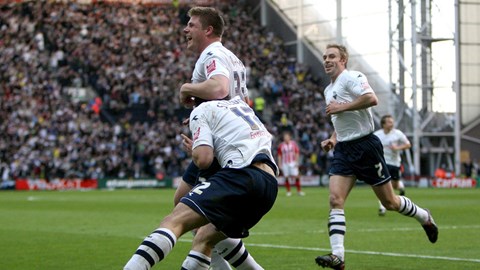 He has refereed the Blades on one previous occasion this season, their goalless draw with Birmingham City at Bramall Lane back in September.

This will be his 35th game of the season, having so far issued 110 yellow cards and six red cards in his 34 previous games, the last of which being Bristol City’s 1-0 win at Middlesbrough on Tuesday night.

On Saturday afternoon Nick Greenhalgh and James Mainwaring will be the match official’s assistants, whilst the fourth official will be last Saturday’s referee, Tony Harrington.