For the third time this season, Jeremy Simpson will take charge of the Lilywhites at Deepdale, as we face Steve Bruce’s Sheffield Wednesday.

The Carnforth referee last took charge of us for the 1-1 draw with Bristol City at the beginning of March, having also officiated the October clash at home to Rotherham United, prior to which he had not refereed the Lilywhites since January 2018, when he was the match official for the draw at Millwall, his second North End game of 2017/18; his first the 1-0 home win over Queens Park Rangers in December 2017.

This will also be Jeremy’s third Owls game of the season, having refereed their 2-1 victory against Ipswich Town at Hillsborough and their 2-1 home defeat against Derby County back in November 2018.

In 2016/17, the select group two match official took the role for our Boxing Day clash with Leeds United and the Lilywhites’ Roses victory over Huddersfield Town in October, as well as acting as fourth official at two home games. 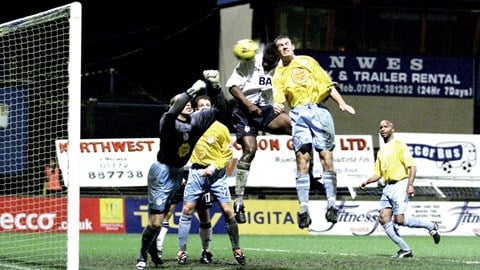 This weekend he will be assisted by Daniel Leach and Billy Smallwood, whilst Trevor Kettle will be the fourth official.