Brandon Barker doesn’t know where his future lies – but whatever happens to him and at Deepdale, his season at PNE has been special.

The 22-year-old arrived at North End in the summer from Manchester City where he has a year left on his contract, alongside team-mate Lukas Nmecha.

The winger scored two early goals in the Carabao Cup against Morecambe and a wonder solo goal against Leeds which he admits will live long in his memory.

He has been in and out of the squad, hampered by an injury, but admits it hasn’t spoilt his enjoyment of his time at Deepdale.

“I have learnt all different things, I think I have become more of a man,” said Brandon, who signed for City from Droylsden Juniors when he was eight.

“I have not played as much as I would have liked, but the competition here has been brilliant and I have just been learning off the boys.

“We are quite a mix. We have that technical style of play, but also we give teams a good run for their money, we try and overrun teams as well as playing really nice football. It’s been enjoyable. 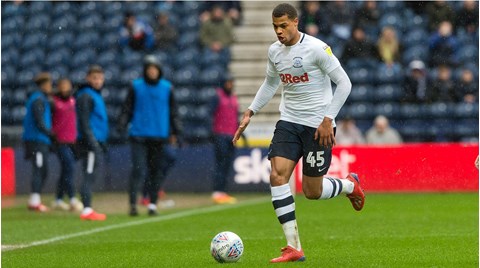 “I know it can be easy to sulk, but it’s great being here, being around a great set of lads so much so you always want to be happy!”

Brandon has been making more of an impact off the bench in the recent Championship games and, although he is now battling back from the injury setback suffered last week at Reading, if that is his role, he will give it his all.

“I am chomping at the bit to play but, when we are in such a good position like we are, it’s just great to be involved and hopefully I can continue to keep coming on and pushing the boys for a starting place.

“It’s great to be a part of a strong run. I feel I can bring composure to the boys when times are hard and I am just looking forward.”

You can read plenty more from Brandon in Saturday’s packed edition of The One And Only, plus we have interviews with Louis Moult, Joe Rafferty, Jordan Storey, Mark Rankine, Ian Bryson, Lee Cartwirght and much, much more.