Preston North End manager Alex Neil felt his side’s latest win at Deepdale was merited, after they played well for 75 minutes and then toughed it out in the closing stages to earn a 2-1 win. 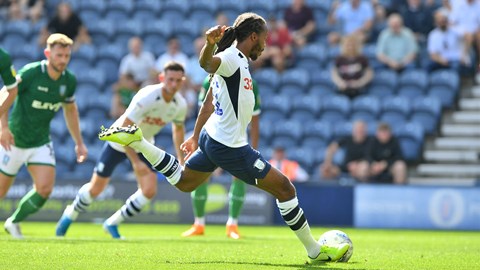 24 August 2019
Speaking after seeing the Lilywhites make it three consecutive victories in PR1 to start the 201920 season, the gaffer felt his side had done enough to win the game.
“I think it was merited; I thought we deserved to win the game,” he told the media. “I thought in the first half we were definitely the better – I don’t think they had an attempt at goal in the first half – and I felt that we needed the first goal.
“They were really stubborn, sat behind the ball, had pace on the counter down the flanks and were always putting the ball up to Fletcher.
“But we dealt with all their threats really well and thankfully we got a penalty to break the deadlock.

“We needed the game to become open then, so we could try and get in behind them and we did. We got the next penalty and I thought that for 75 minutes of the game, we were really, really comfortable.”

The closing stages were more of a battle, but Alex decided to handle it with a tactical switch, putting centre forward Jayden Stockley in the middle of centre halves Ben Davaies and Jordan Storey – who had to replace the injured Patrick Bauer.
“For 75 minutes we were very comfortable, we look more threatening, we got in behind them a couple of times and then they brought the lad [Atdhe] Nuhiu on, who caused us problems last time,” continued the PNE boss.
“And I think what made it more difficult was that Patrick Bauer had to come off right before that, who is probably our most dominant header of the ball.
“We put young Jordan on and Ben was net to him and they went three up, right through the middle and just banged the ball from back to front, just hoping that they pick up any scraps.
“It started to cause us an issue; we didn’t get out and deal with the cross from Reach – it was a fantastic cross, but from that point it started to be a bit of a worry.

“I decided to try and match Nuhiu’s strength and size and put in Jayden as a spare centre back, but at that stage it is just about winning the points and making sure we got over the line. 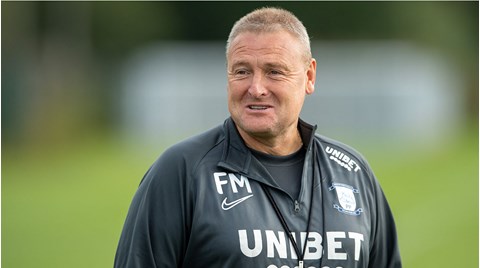 24 August 2019
“I think if I hadn’t done that, it would have been really difficult for us, because their size was a big problem. We are not a big team, we have a lot of technical players, so Jayden going in there and doing that job certainly helped us.”
And whilst it was a brace of penalties from Daniel Johnson that won the game, the manager felt it was the man who won those spot kicks that was the biggest influence on the three points.
“I though he [Sean Maguire] was the difference today.
“For the two penalties he judged the bounce of the ball off Jayden and worked inside his full back; one for the throw in and one to put the ball up.
“He was a threat and we balanced it off on the other side, by Billy [Bodin] rolling off his left foot, Seani keeping his width more and gambling in behind, so I thought our balance was good.
“When teams sit that deep, it is really, really hard to get round them, because what you don’t want to do is force your full backs up, but they want you to do that because of the pace you have on the flanks.
“It is a game of cat and mouse, because if you do push up, they can counter into the spaces and they are really quick, so we wanted to dominate the ball – like we did – keep the ball, get it wide and get balls into the box, but with an element of keeping an eye over the fact they would counter down the flanks.
“That is what they are good at; I watched them play during the week and you need to stop Bannan player, stop Flecther getting onto long balls and stop the flanks in terms of countering and I think we did all of that for a long part of the game, until they went back to front and then it is just a case of seeing it out the old fashioned way – getting your head on the ball, heading it, kicking it and make sure you are in good positions,” he added.