Preston North End manager Alex Neil is looking forward to the roses battle in the first round of the Carabao Cup, as he takes the Lilywhites across the Pennines to face Bradford City on Tuesday evening.

12 August 2019
The PNE boss is expecting a ‘tough’ game against Gary Bowyer’s men, especially with the quality they have at the top end of the pitch and he believes the Bantams have the right man in charge to have a successful season at the Utilita Energy Stadium.
“They have good experience at the top end of the pitch,” said the gaffer of his opponents. “They have got guys who have mainly operated at Championship level for a lot of their career and have been really good players.
“We know we can’t take it lightly; it will be a really tough game and Gary will have them well-organised and I think it be tough.
“It’s a proper old-fashioned cup tie, going away from home and they will be up for it. We have to make sure that we go there with the right mentality and attitude, perform well and win the game.

“No game is easy at any level, no matter who you are playing against, because the fact it, they are professionals, they want to win the game and they will be out there to show what they have got and that they can still do it. 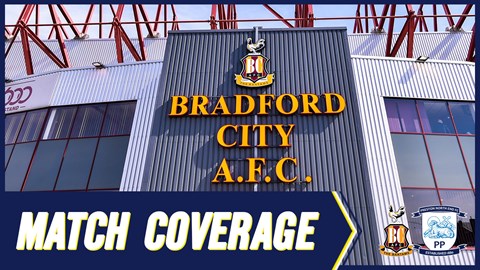 12 August 2019
“We need to go there, perform well and make sure we try and continue the momentum from Saturday and take it into this game. Some of the lads who we will freshen it up with, have got a great opportunity to go and showcase what they can do and I am really excited for them in terms of what they are going to deliver.
“I know Gaz quite well. He came in here [to Springfields] to watch one of our sessions when he wasn’t working and he is a good lad, so I hope he does really well there – after this game, naturally.
“Gary knows the game, knows what he is doing and I am sure he will be confident his team can go and put a performance in, but we have got a big enough squad now where we can rotate a few and hope that the lads coming in will go and perform very well and I expect them to.
“I expect them to go and put in a good performance, because after Saturday the team then did well and get a result and now these lads need to back it up and show they are pushing for a starting spot.”
The selection of a team to play at Valley Parade won’t be easy for the manager as he looks to balance changes to the team with continuing the momentum built up with the win over Wigan at the weekend.
“At the moment it is even difficult picking a bench,” he continued. “We have some very good players and good lads who are not even making the bench.

“The last thing you want to do is go and underperform and let someone else jump ahead of you in the queue. 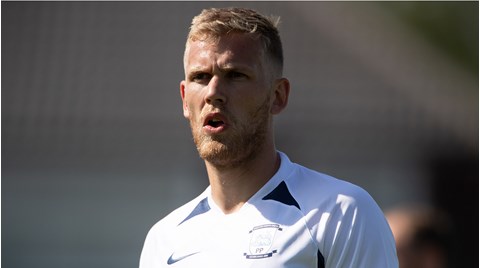 Jayden Stockley Looking To Put Pressure On With Good Performance

12 August 2019
“The lads are very competitive here, in a good way, and I am very confident that we will go there, the lads will perform and hopefully we will get the right result.
“It’s exciting [that new signings Andre Green and Tom Bayliss could get their first starts]. Everyone wants to see new players and like the other lads we have got, this is a good opportunity for them and I fully expect them to go and put a good performance on and show why we brought them to the club and also really pushing for a starting place this year.”
And he feels that performances from anyone selects should be high, especially if they want to push for selection again for Saturday’s trip to Swansea City.
“For these guys playing at their best level should not be an issue. For them, this is their trial run.
“We want to be in the next round of the cup, we want more games, we want to be able to rotate the squad a little bit more than we have done.
“We have got more players who I feel that if we changed the team and brought them in, like I did Saturday, the levels shouldn’t drop, so I fully expect us to go there and put on a good show,” he added.