Preston North End manager Alex Neil has been happy with his side’s displays so far this season, but wants the team to make the most of their dominance in games, capitalising on chances created.

19 August 2019
The Lilywhites put in a positive performance at Swansea City at the weekend, but the gaffer was left frustrated by the failure to take anything from the game.
However, looking forward to Wednesday night’s clash with Nathan Jones’ Stoke City, he wants a similar performance with more ruthlessness if his side get on top.
He believes the Potters will cause problems, however, and despite the lack of points this season, he feels they are also playing well and adapting nicely to the changes made by Jones after his arrival in January.
“Having watched their games, I think they are very unfortunate that they have not got more points on the board,” said Alex. “The way they have gone about it and the way that they have played has certainly merited more points than what they have got.

“Most coaches have got a go to formula that they have used and the reason why they have been successful in the past. That is something they believe in and has worked for them and it is only natural for Nathan to go to the diamond and try to implement it and there has certainly been signs this season that it is working very well for them.

19 August 2019
“The players have a better understanding of what he is looking for and based on how they have played, I would expect them to pick up in terms of results – we are just hoping that is not the case on Wednesday, but they have got a good squad.
“We have to make sure that we turn up and play well – as we have been doing in the last two or three matches – and if we are dominant at stages, make that count, as it will be crucial.”
The PNE boss feels that the pressure will be on City to get promoted after another big investment into the playing squad in the summer and he is aware what dealing under these pressures is like.
“You can see that they are putting a massive amount of funds in to get back into the Premier League and that is what they will be aiming to do this season,” he continued.
“With that naturally comes a pressure. I had a very similar situation at Norwich, so I know the feeling, and Nathan will know how important results are, but they are equally important for us.

“We have to make sure we go and play well and try and make it as difficult as we possibly can and impress our style upon them.” 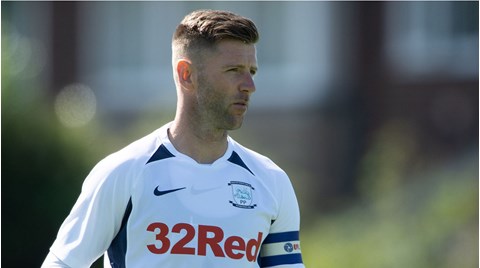 19 August 2019
His own team’s playing style has developed this season and with nine goals in the last week, it is a fairly expansive one, something that he is hoping will develop further.
“We have evolved how we play; making the pitch bigger, being more expansive, risking the ball more and I am doing that to try and have the attacking threat with the whole team involved, rather than relying on individuals.
“Full backs being more aggressive, guys in the midfield hitting the box a bit more, but that leaves you a bit more vulnerable, so there will be times where we score quite a lot, but there will be times where we will make mistakes and it will cause us a problem.
“I think that is how Saturday turned out. We could have been comfortably 3-0 or 4-0 up at half-time, but we weren’t and it came back to bite us in the second half and in the second half we didn’t move the ball as well – we didn’t show the same bravery on the ball, we didn’t risk it as much as we should have and we turned it more and played into their hands a bit more,” he added.