Patrick Bauer felt Preston North End needed to have scored a second goal to make their dominance count in the 1-1 draw away at Nottingham Forest. 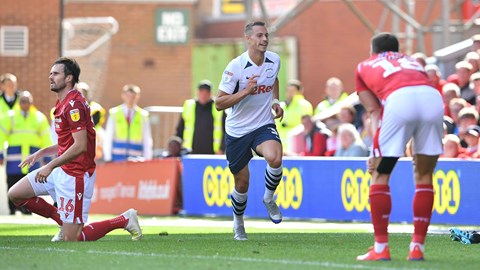 The Lilywhites were superb value for their 1-0 half-time lead, courtesy of Billy Bodin’s fine turn and finish in the box at the end of a half in which North End had dominated possession, but there were further opportunities to have extended that lead.

And Bauer told iFollow PNE post-match that he felt his team should have capitalised on another of their chances, with Albert Adomah’s subsequent equaliser in the second half meaning the Lilywhites only had a point to show for their efforts at The City Ground.

“We wanted to go into the international break with three points and I think we played really well, especially in first half,” said the 26-year-old defender.

“I think we should have scored the second goal and probably also the third goal but we didn’t do it and it’s frustrating that we conceded late on.

“During the week, [Tom Barkhuizen] Barky came off [against Hull] and Seani [Maguire got injured] in training. The gaffer had to switch around but the boys who played today did brilliantly. I think we should have scored more goals today.”

Although there looked to be a hint of offside about Forest’s equaliser late on this afternoon, Bauer admitted that he is still looking for the team to improve defensively regardless.

Despite that, the PNE No.21 says confidence in the squad is high after picking up ten points from the first six Championship matches of the 2019/20 campaign

“I didn’t see it back to be honest [Forest’s goal]. But it’s frustrating we concede late goals and we gave away the three points. I think we have to work on that – that over 90 minutes we keep clean sheets and get the three points.

“We are really confident and believe in our strengths, but we need to get a win and hopefully we can do that after the international break.” 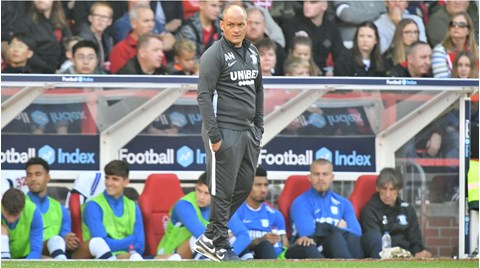 Gaffer Optimistic After Opening Month Of The Season

And looking back on his and North End’s first month’s competitive action of the season, the defender felt the Lilywhites could be pleased with how they have fared so far, especially with the German himself having just returned from injury.

“I had to come off last week [against Sheffield Wednesday] and I didn’t feel right, but I’ve had four days of rehab and I managed to get back in a good condition. I was happy that the gaffer put me in the starting XI again today.

“It was a positive first month, obviously we would’ve liked to have got more points on the board, but we will try to do this in the future.

“I think it’s a good time now; we played six games, now we have a little break and we can recharge the batteries and then go again after the international break.”