Preston North End defender Ben Davies says that with another year’s experience under their belts, he and his Lilywhites team-mates are more fearless than previous seasons.

22 August 2019
The now 24-year-old central defender is looking forward to the test of facing an in-form Sheffield Wednesday side, but is not too concerned with what the opposition are doing.
“It will be a good test,” he told iFollow PNE. “It is important we go and get more points on the board, because if we lose, it contradicts our win on Wednesday night.
“We are ambitious this year. I feel we are more fearless than we have ever been and we want to keep winning games.
“We are not scared of any of our opponents, we are another year on in our development and we have realised there is no one to fear, but we know Sheffield Wednesday have some good players.
“They have had a good start and we need to be on our best game if we are to pick up the three points.
“We have scored plenty of goals already; we have played quite expansively and that will cost us at times and we need to nullify that.

“We are another year on and we are making that natural progression of stepping up and this year, more than any other, we are in a position to have a good season.”

22 August 2019
Reflecting on Wednesday night’s win, the Barrow-born man felt it was an important win: “We lost last Saturday so it was quite a big game for us on Wednesday, even though it is early in the season.
“We had beaten Wigan at home and we wanted to put in a good performance. Most of the time we perform well under the lights at Deepdale and we got the start we wanted and followed it through from there.
“Our shape was good and we stopped them getting many chances from further up the pitch through our shape, so that was pleasing. You can have a good game with some last ditch defending, but that doesn’t mean you couldn’t have organised it better up the pitch, so we looked quite solid.
“We conceded at the end, which was disappointing, because we wanted a clean sheet, but I thought our defending throughout the side was good.

“We have been playing well and not had the points we probably deserved, but you have to earn them and so we were pleased with last night and now we are looking forward to Saturday.” 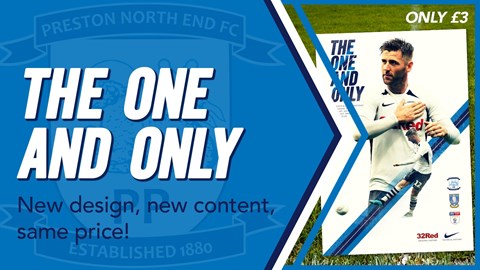 22 August 2019
The defence this season has seen ‘Davo’ with a number of new partners. First up he has had to get used to playing alongside Patrick Bauer and in recent times, both Andrew Hughes and Joe Rafferty have played to his left and he admits that relationships are still developing.
“It takes a bit of time. We need to learn what each other’s strengths are. There are those little things that you can talk about, but you don’t really pick them up until you are out on the pitch.
“We have only had one clean sheet so far, but I feel we have been fairly organised other than the second half at Swansea.
“I am enjoying playing in the team every week and with some good players around me, we all help each other.
“I want to focus on myself and make sure I stay in the team and then help those around me by talking them through it, helping them along and squeezing the line. It is a team game and as a group we have been doing well,” he added.