Should Preston North End manager Alex Neil again choose to rotate his entire first team for Tuesday night’s Carabao Cup second round tie with Hull City, then Connor Ripley could get another chance to impress.

26 August 2019
The goalkeeper came into the starting Xi for the 4-0 first round victory over Bradford City and told iFollow PNE that he and the other members of the squad who have been waiting patiently for an opportunity, are excited at the prospect of the game.
“I am looking forward to it,” said the No.25. “It is going to be a tough game against a Championship opponent. The lads who haven’t been playing are looking forward to it; they need some time on the pitch, just as I do, so it is going to be a tough game, but one that we are looking forward to.
“You have to appreciate that as goalkeepers that there is only one position up for grabs. Dec is doing really well at the moment, he is making some good saves, coming out and collecting crosses and I have nothing to complain about.

“As a goalkeeper I hope he does well, but I am going to try and push him all the way to try and get that position.

26 August 2019
“These games give me an opportunity to show what I can do, especially against a Championship team. It is a game that I am relishing, I can’t wait to get onto the pitch, hopefully we can get into the third round and see if we can get a big team.”
The custodian has been enjoying working with Jonathan Gould of late, someone he knows well from their time together at Middlesbrough.
“It is good,” he continued. “Gouldy has come in and been professional; he knows what he wants, he knows what he wants from his goalkeepers and it seems to be working.
“Dec is playing well, we are all training well, so he seems to be having an effect already.”
If the manager does make changes, as we saw against the Bantams, it does not weaken the side and Connor says that whoever plays will be desperate to keep the home form going that has started the season.

“If you look at the team that we played against Bradford, although we did change 11 players, it is still a strong side and I am pretty sure Hull will do the same thing and they will also have a strong side. It is going to be a good contest. It is a one-off game and hopefully we can get a win. 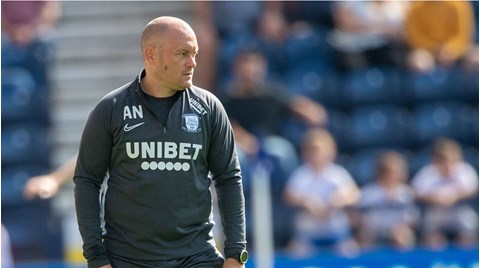 26 August 2019
“The lads have been saying in the dressing room that we don’t want to be beaten at home. We want to keep it as a fortress, we want to do well and that is the aim.
“We don’t want to lose at home, we want to make it hard for people to come. On Tuesday we will do the same things, battle hard, and try to keep that run going.
“It is early days in the league, but you can see the lads are raring to go. The best way to describe it, is that we are fearless. We re a young bunch of lads and have high ambitions, so any time that comes to play Preston North End, we are going to try and turn them over,” he added.