Preston North End’s former Manchester United midfielder Josh Harrop is looking forward to facing the Reds’ city rivals in the third round of the Carabao Cup. 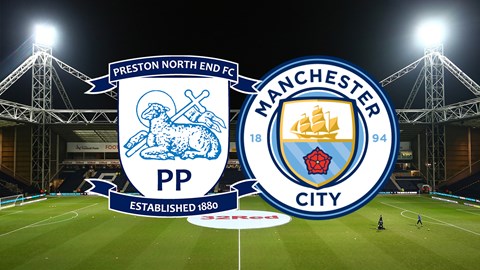 PNE To Face In Carabao Cup Third Round

28 August 2019
The PNE No.10, who scored in both the first two rounds of the competition, is excited at the prospect of testing himself against Pep Guardiola’s Premier League and treble winners and the current holders of the Carabao Cup.
Speaking to PNE.Com after the draw the 23-year-old said: “It is a good one for me, a United fan. I grew up there, played for United for years, so it is good to get a team like City and it is good for everyone, we will all be excited to play.
“They are probably one of the best teams in the world right now, so for them to come to Deepdale and play us will be a great test. It will be a great experience and night for the lads.
“Everyone wants to play against the best, to see how good them are, and when you get to play a team like this, you get to see what level you are at and how good you actually are, plus the difference between them and you, so we will find out in the game and look forward to the night.

“I have only got a couple of City fans in my family, the rest are all United and the amount of texts I have had already are crazy, I just can’t wait for it.”

City have won the league cup for the last two seasons last lost in the competition to Juan Mata’s goal for rivals United back in October 2016.
However, they have had some tests, including a tight two-legged semi-final with Bristol City in 2017/18, that Josh recalled.
“I actually watched that game and Bristol City played well against them,” he continued. “They were confident and that’s what we have to do. We have to play our game, not worry about them and just embrace the whole night and the opportunity we have got and not worry about anything.
“It will be great to have a full crowd. It will be a good experience – everyone will be buzzing. Deepdale will be packed out, the fans will be the loudest they have been since I have been here and that’s what we want.”
But what the Stockport-born man doesn’t want, is for the game to affect the team’s positive start in the league: “We don’t want to have this game distract us in the league. We have been doing well and we have to keep our heads focused on the games we have coming up.

“When that game comes we will get ready for that. Nothing changes, we still work hard in training, we come in every day and do the same stuff, preparing for the weekend game and when the Carabao Cup game comes around, we will all be ready.”

Having spent a year on the sidelines, Josh is enjoying being back and having scored in all three of the games he has played since his return, his confidence is certainly in a good place.
“It is a great feeling to be back, scoring goals and feeling confident. I have got two 90 minutes under my belt now in a couple of weeks and my body has got through it well; I feel great and my confidence is high right now.
“In my head I have already pout the injury behind me. Coming into pre-season I just had to build myself up and get ready and fit and I am there now; I feel fit and it is good to get a few goals to bring my confidence back as well,” he added.