The match official for Saturday’s clash with Lee Bullen’s Sheffield Wednesday at Deepdale is Robert Jones.

The referee, from Merseyside, is in his fourth season on the EFL lists. He has officiated four North End games during his career the last being the April home game against Leeds United, when Ben Pearson saw red.

The 33-year-old’s other game at Deepdale saw him send off PNE midfielder John Welsh for two bookable offences during the 1-1 draw against Wolves in February 2018. 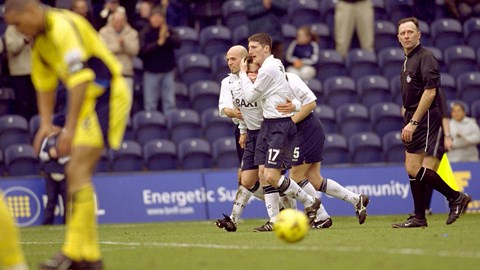 He has already officiated three games this season, beginning with Bristol City’s home win over QPR and most recently Leeds’ 1-1 draw with Nottingham Forest. In those games he has issued four yellow cards in each match.

The assistants for the day’s game will be Daniel Leach and Andrew Fox while Aaron Jackson is the fourth official.