This weekend’s opening home game will be officiated by Jeremy Simpson, taking charge of his seventh game at Deepdale.

8 August 2019
The referee actually took charge of our last competitive home game, against Sheffield Wednesday, back in April, one of three games where he officiated the Lilywhites in 2018/19.
The Carnforth referee also took charge of our 1-1 draw with Bristol City at Deepdale at the beginning of March and the October clash at home to Rotherham United.
Prior to that he had not refereed the Lilywhites since January 2018, when he was the match official for the draw at Millwall, his second North End game of 2017/18; the first being 1-0 home win over Queens Park Rangers in December 2017.

In 2016/17, the select group two match official took the game for our Boxing Day clash with Leeds United and the Lilywhites’ Roses victory over Huddersfield Town in October, as well as acting as fourth official at two home games. 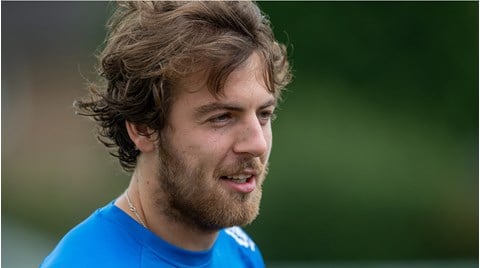 Ben Pearson Wants Points On The Board

7 August 2019
He also was in charge when North End took on Stoke City at PR1 in pre-season that year, and is an experienced official, with plenty of Championship action under his belt.
His first game of the season is Jeremy’s tenth game refereeing the Latics, the first being a 1-1 draw with Birmingham back in 2016. Last season he oversaw their first away game of the season as well, a 3-2 defeat at Villa, as well as a 1-0 home win over West Brom.
This weekend he will be assisted by Nick Greenhalgh and Nik Barnard, whilst Martin Woods will be the fourth official.