Preston North End midfielder Paul Gallagher wants to follow up the opening home game of the season with another positive performance and three points.

19 August 2019
In the first game played at Deepdale in this season’s Championship, the Lilywhites thrashed local rivals Wigan Athletic 3-2 and the North End No.12 says the confidence of the group means they are looking for more of the same when the Potters come to PR1.
“We have been scoring goals and playing in an entertaining way as well,” Gally told iFollow PNE. “We have played some lovely football, but it is about managing the game. At Swansea, we got back in the game at 2-2, but we conceded 30 seconds later.
“When we get back in the game, we need to keep it tight for five or ten minutes and then the game will open up again, but in the blink of an eye we found ourselves 3-2 down.
“We showed character and kept going and almost nicked one right at the very end, but that’s the league, sometimes those efforts go in and sometimes they ricochet off the keeper’s shins into his hands, like that one did, but you have to keep fighting and believing.

“We are playing with a good confidence at the moment, because we playing well, but most importantly we want to try and get more points on the board.

19 August 2019
“In our last home game, we put Wigan to the sword and if we can play in the same manner against Stoke, then we will come out with a good result.”
Last season’s clash with City was a game Gally remembers well, having scored from the spot to give his side the lead, only to retrospectively be banned for catching Joe Allen.
“It was an entertaining game, personally as well; I had a bit of a mixed bag in the game, scoring and then having a bit of an incident as well,” he continued.
“On the day I thought we played well. I thought we deserved to win the game, but we ended up drawing when Peter Crouch came on and nicked a goal. I thought we played really well and on another day we could have won that game.

“At the start of this season we have had some really good performances, but we would like to have a few more points on the board – that I think we deserve – but in football you don’t always get what you deserve, but thankfully after the weekend there is another game right around the corner and hopefully we can get back to winning ways.” 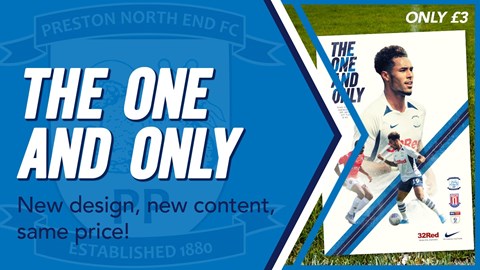 The One And Only Issue Two

19 August 2019
Nathan Jones is starting to imprint his style and influence on the Potters and Gallagher, a former Stoke player himself, is expecting a good challenge from one of the promotion favourites.
“He [Nathan Jones] has some very good players down there. Experienced players who have played at a higher level.
“He has put his own ideas into the team and brought his own players in – really good Championship players, who know the league inside out.
“He is probably also thinking that we are playing well and not getting the points as well, so it will be a good game.
“We have to concentrate on ourselves. We have been playing at a high standard and we have to take confidence and the positives from the way we have been playing.
“From Saturday we have to learn the lessons that we need to defend better as a whole unit and look to try and mend that, as well as take a few more of the chances we have been creating,” he added.