Joe Rafferty admitted to his frustration as Preston North End were beaten 3-2 by Swansea City at the Liberty Stadium despite a particularly impressive first half showing by Alex Neil’s men. 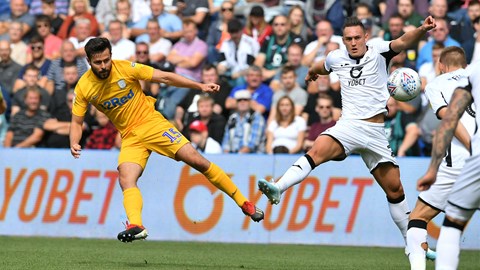 It was the defender himself who broke the deadlock for North End, finding the net from distance inside 11 minutes, Daniel Johnson drawing the visitors level after Borja Baston struck late in the first half and George Byers hitting the target after the break, but Baston netted again to see Swans take all three points.

And speaking to iFollow PNE post-match, North End’s No.15 explained that his first goal for the club since his January move from Rochdale would have meant more had it contributed to a victory in South Wales.

“It’s a bit frustrating to be honest,” said the 25-year-old. “Once I’d scored, I wanted to win; it would’ve meant a lot more winning, but I’m pleased to have scored because I don’t score many.

“The ball came to me and it just kind of opened up, so I thought ‘Why not? I’ll just hit it on the inside on my right foot’.

“So I had a shot and it went in. All I was thinking was just winning the game then because we started well and we just wanted to go on and win. But unfortunately, we didn’t do that.”

Rafferty also said that the timing of Swansea’s equaliser right at the end of the first-half proved particularly frustrating.

“We did really well in the first half. I think they didn’t have much of a threat and I think that was down to us being well organised.

“We did well, we created chances, but we conceded just before half-time and that is so frustrating because that gives them a lift going into half-time for the second half and it makes us be going down.

“That was unbelievably frustrating, but the second half wasn’t as good as the first half to be honest, which is frustrating but it’s football and that happens.”

More frustration was in store as Daniel Johnson’s equaliser from the spot was cancelled out by Baston’s second, ultimately proving to be the match winning strike, but Rafferty said he and his team-mates had to recover quickly ahead of Wednesday’s home game against Stoke City. 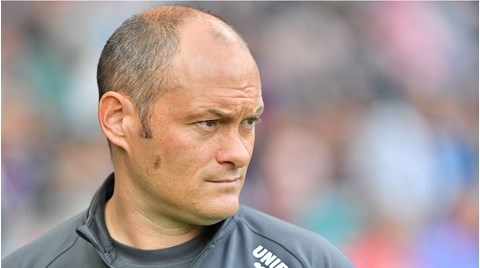 “It was a great penalty by DJ, he’s probably the calmest player from them situations and that’s why he’s on the pitch. It was good to get the goal back, get level, and then obviously they go up and score straight after, which is frustrating again.

“We kept pushing and pushing and ended up being a little bit open but you can’t not be open – there’s no point sitting back and accepting defeat. We kept pushing until the end and got a chance right at the end which could’ve went in to get it level so it’s one of them.

“We’ve just got to pick ourselves up and go again; we have another game Wednesday.

“We’re looking forward to it. There’s no point sitting around moping, we just go again Wednesday and we’ll try to get a win against a good team.”