Preston North End manager Alex Neil has decisions to make after another positive performance from his changed team in Tuesday’s Carabao Cup victory over Hull City.

29 August 2019
The gaffer made ten changes to the side that had beaten Sheffield Wednesday, with just skipper Alan Browne surviving – although he played at right back, rather than the midfield role he had occupied against the Owls.
Josh Harrop again impressed, adding his third goal in as many games since returning from a near year on the sidelines, whilst Tom Bayliss, Andre Green and Josh Ginnelly all got full home debuts in the penalty success against the Tigers.
Louis Moult is definitely ruled out and is set to undergo surgery on his left ACL in the coming weeks ending his season. Fellow forward David Nugent is also not yet ready to return, but will hoping to pull on a PNE shirt again for the first time since his summer return, after the international break.

Tom Barkhuizen left the field at half-time in Tuesday’s cup win and he and Andrew Hughes both face late checks before the squad will be named for the trip to face Sabri Lamouchi’s in-form Forest. 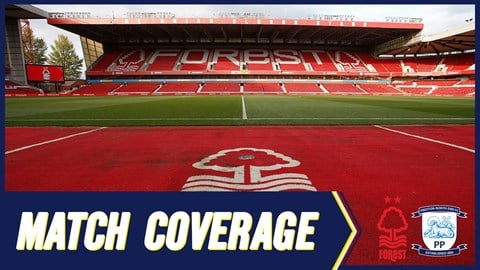 29 August 2019
But club captain Tom Clarke is ruled out after the knee injury he picked up in the home game against Stoke City last midweek.
The summer appointment as boss at the City Ground made eight changes for his side’s convincing victory over local rivals Derby County on Tuesday.
Joao Carvalho played his first half hour since injuring an ankle in pre-season and he could be set for his first start against North End.