Manager Alex Neil has plenty of options available to him for this weekend’s trip to face Steve Cooper’s Swansea City at the Liberty Stadium.

15 August 2019
He made 11 changes for Tuesday night’s Carabao Cup first round thrashing of Bradford City at Valley Parade and all those involved put their names in the frame for Saturday’s clash in South Wales.
David Nugent is the only player still unavailable, his calf problem ruling him out for another couple of weeks, meaning he must wait for his second debut for the club.

Other than Nuge there are no other injury or suspension concerns, with Ryan Ledson having returned from his four-game ban in the win over Gary Bowyer’s Bantams. 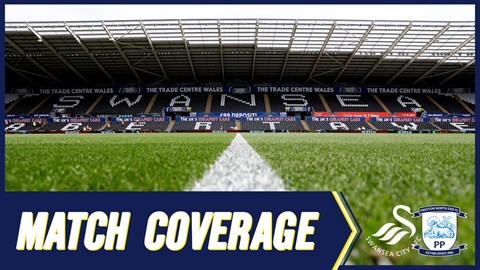 15 August 2019
Swans boss Cooper also rung the changes for his side’s comeback win over Keith Curle’s Northampton Town on Tuesday night, with one of his returning stars, Andre Ayew, the hero, with a brace.
The Ghana international was given additional time off after a busy international summer and he looked likely to leave the club in the summer, but remains a Swan and will be a major threat if involved against the Lilywhites.