Alex Neil was impressed by his Preston North End players’ display right across the pitch as they overcame Stoke City with a comfortable 3-1 win against Nathan Jones’ team at Deepdale. 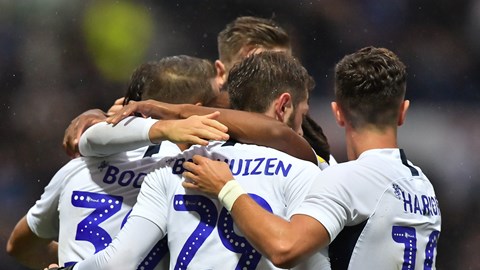 The Lilywhites took control with Daniel Johnson’s effort seven minutes in and never looked back, extending their lead further through goals from Billy Bodin and Josh Harrop 20 minutes either side of half-time, James McClean grabbing a late consolation for the visitors.

And the manager was delighted to see his team’s fine performance rewarded with the three points against the Potters , having come away with nothing last time out away to Swansea City, despite a similarly impressive showing from North End in that game.

“I think we’ve been four games into the season now and I think Saturday, for the fans that did go there, would appreciate how well we played – I thought we were excellent and we didn’t get our just rewards,” the gaffer told iFollow PNE post-match.

“It’s a results business, we know that, and tonight we needed to get another three points and we did that and I thought deservedly so. I thought we were good right across the pitch and we took our chances when they came along.

“It’s another three goals at home and we knew we had to strengthen our home form and I think the last two home games, we’ve been particularly good in both of them.

“I think what people have to bear in mind as well is we’ve lost Louis Moult, we’ve lost [Andrew] Hughesy, we’ve lost Sean Maguire and we’ve brought the other lads in and they’ve performed very well. I spoke about the fact that we’ve got a strong squad, there’s not a lot between the squad and I thought that was shown tonight.

“This league’s tough, you need to play well in each and every game that you play to give yourself a chance of winning, I thought we played well tonight.”

PNE have now scored six goals in their opening two Championship matches of the campaign on home turf and Alex explained some of the thinking behind the team’s attacking intent in the matches against Wigan Athletic and now Stoke.

“But I think the last two home games we’ve done that well, we’ve used our full backs, been more aggressive, we’ve put sort of technical players in the middle of the pitch and we’ve controlled stages of the game, so it’s good.” 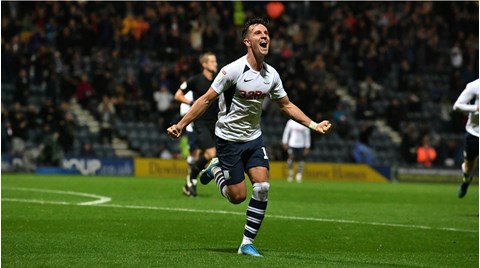 Hard Work Has Paid Off For Harrop

Among the goalscorers for the Lilywhites was Josh Harrop, hitting the target in his first start of the season and his first start since last September, when he suffered his season-ending injury in the home game against West Bromwich Albion.

“[It was] a good performance for Josh,” the manager added. “I’ve had discussions with him all the way through, but I thought he was a bit slow to get going in pre-season, which you can understand because he’s spent a long time out.

“Like I did with Louis Moult, I think that hunger and desire and not being involved really drives players, they’re desperate to show what they can do. I just felt that with Seani and Moulty being missing tonight, there was a great opportunity for Josh.

“To be fair, he never let me down, he never let himself down and I thought he did very well and his goal topped it off for him, so I’m really pleased for him.