The Lilywhites head to the ground formerly known as Valley Parade on Tuesday night to face Bradford City for the 65th time.

12 August 2019
We haven't faced the Bantams since a superb Easter weekend 3-0 win in the promotion-winning season of 2014/15, when Paul Gallagher - firing home after his initial penalty was saved - Daniel Johnson and Chris Humphrey grabbed the goals.
We have faced the team, now managed by Gary Bowyer, in the League Cup once before, back in the 2010/11 season, when Darren Ferguson's North End needed extra-time to get through.
And it was Keith Treacy who fired PNE into the then Carling Cup third round with a superb winner in the second half, 11 minutes from time.
The winger fired into the net with a 30-yard left-footed effort, after his initial shot had cannoned off the bar.

Paul Coutts had opened the scoring for the Lilywhites with another 25-yard effort, which sneaked in past keeper Jon McLaughlin. 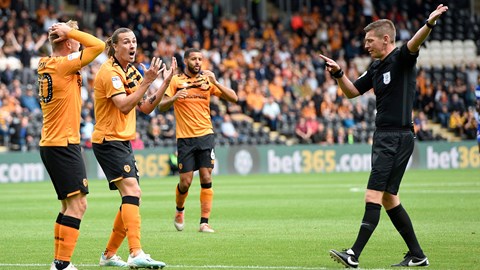 12 August 2019
But City sent the tie into extra time when an unmarked Jake Speight equalised with a header from Luke O'Brien's cross into the penalty area.
After the game Bradford manager Peter Taylor told BBC Radio Leeds: "Some of the things we did were really good. There were certain spells in the second half where I thought we passed the ball really well and created some good chances, and at times better chances.
"Honestly, there's not many times when we will get beaten and then I will then say to every player 'I was really pleased with how you performed', but that's exactly what I just said to them in the changing room."
Our first trip to face City in West Yorkshire was way back in December 1903 in the old second division, securing a point with a 1-1 draw, but it was our fifth game there in February 1911 when we secured our first win.
Since then we have won seven times at Valley Parade, the biggest win being the previously mentioned last one, under Simon Grayson's management in the Play-Off season, on Easter Monday 2015.